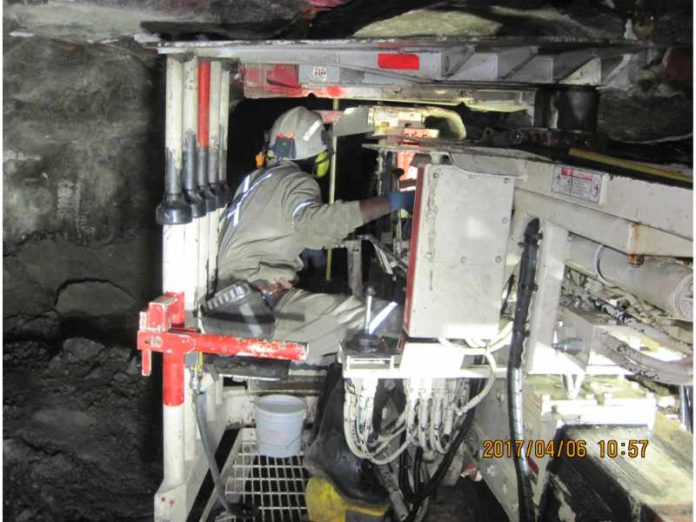 This comes at a time when narrow reef precious metal mining companies have no option but to strongly consider the safety and productivity benefits that mechanisation/trackless mining can offer.

“There is no mine on the eastern limb of the Bushveld Complex currently mining Merensky reef,” says Northam Platinum Booysendal mine mining manager Wonderboy Kekana, noting that that the company took a decision in 2015 to begin mining the Merensky reef in addition to the UG2 reef.

Potential also exists to exploit the same Merensky reef within the new and developing Booysendal South complex where the Booysendal Central UG2 module is currently being constructed and is the company’s next big project on track for development in the next two to three years.

In its quest to economically extract value from the Merensky reef, in the safest and most optimal manner possible, Northam Platinum invested in a project to develop and trial a mechanised roof bolter that is suitable for the Merensky reef environment.

In order to achieve the desired output as specified per rig section of 235 m per month, the roof bolter has to perform to the following KPIs:

“How the GHH roofbolter differs to those currently in use at the Booysendal North UG2 module is the turret size of the roofbolter,” Kekana notes.

He explains that while a turret size of 1.985 m is suitable for stoping widths of 2.1 m and above, it is not suitable for application at the Boooysendal North Merensky module, where a stoping height of 1.9 m is defined.

“The GHH roofbolter, which has been successfully used in mines in Zimbabwe and Botswana, has a turret size of 1.56 m – almost 50 cm less that the turret of the roofbolters in operation at the UG2 operations allowing it to work in a stoping height of between 1.7 to 1.9 m,” Kekana explains.

The trial, which ran from June till December 2016, allowed the Booysendal team to test and suggest changes and modifications to the GHH 3108 ADE to enable it perform as required.

The trial, which started with a ‘man on the ground’ boom and it was upgraded to a ‘man on the platform’ boom – an innovation that was initiated by the Booysendal team with the sole purpose of offering maximum protection for the operator while installing roofbolts.

Further innovations for safety purposes were the addition of a duck’s foot to the temporary support canopy and roofbolt support bracket mounted on the side of the drifter.

The accessories loading tray had also been altered to allow for easier reach of the drill rods, bolts and resins while fore and aft mast tilt was also added –which had significant impact on operational effectiveness of the roofbolter.

The outcome of the trial was an upgraded fit-for-purpose version of the initial roofbolter fitted with all of the above-mentioned innovations, dubbed the GHH 3108a ADE, was delivered to Booysendal at the end of 2016, ready for the implementation phase of the project between January 2017 and June 2017.

During implementation the Booysendal team, together with GHH observed the non-physical aspects of the machine over a 24 week period to see how the machine could be used more optimally by the operators.

Having aimed for and installation time of eight minutes per bolt, by June 2017, Booysendal had not reached the time but instead took 10 minutes to install a bolt – which was comparable to industry results but a time that the Booysendal team was adamant to improve.

Through communication with the operators, four things were learnt and soon implemented as a means to improve efficiency and bolting:

In addition to these changes brought about through observation, some residual challenges with regard to standard operating procedure and the physical process of drilling for long anchors remained and were addressed between July 2017 and June 2018.

The standard operating procedures that have been amended to date include:

Since the residual challenges have been addressed, April 2017 marked the first month that the Booysendal North Merensky module has successfully been producing over the minimum 1 900 m2 production requirement, says Kekana.

As per Northam Platinum’s planned Booysendal South project, two small Merensky modules, with a similar configuration to the Merensky North module have been planned.

The company will be able to implement a proven roofbolter at the Booysendal South Merensky having already tested, and successfully implemented this at the North Merensky.

Moreover, because no other off-the-shelf roofbolter exists for use in 1.9 m stoping height environments, there is scope to use the GHH roofbolter in other South African mines.

“There is scope for its use in chrome mines as well as at mines exploiting UG2 orebodies and looking to reduce their stoping heights to 1.9 m as a means to reduce waste dilution,” Kekana concludes.

Having aimed at installing a roofbolt in eight minutes, the roofbolting crews at Booysendal North Merensky module are achieving installation times of between 4.30 minutes and 5 minutes per roofbolt.

There are three GHH Fletcher 3108a ADE roofbolters in operation at the Booysendal North Merensky module, each production crew currently produces between 1 800 m2 and 1 900 m2 per month.

If market conditions turn, Booysendal is in a position to ramp up production to 75 000 tpm – currently there are three production crews in operation.