Now in its tenth week, the wage standoff continues between the Association of Mineworkers and Construction Union (Amcu) and world’s three biggest platinum companies, including Anglo American Platinum, Impala Platinum and Lonmin.

About 70 000 employees who are members of the union are striking over pay, asking that basic monthly wages be more than doubled to R12 500 within three years. Producers have said the demand remains unreasonable and would make half the industry unprofitable.

The increases offered by the platinum bosses are as high as 9% compared to South Africa’s inflation rate of 5.9%, and have stated that the settlement of R12 500 will only be achievable if it includes “total cost to company.”

Meanwhile, producers have warned that job losses will be “inevitable” to improve the profitability of the shafts. Already, over 7 500 jobs were cut at Amplats’ Rustenburg operations in the past year. As the industry becomes more mechanised, job losses are expected to increase. 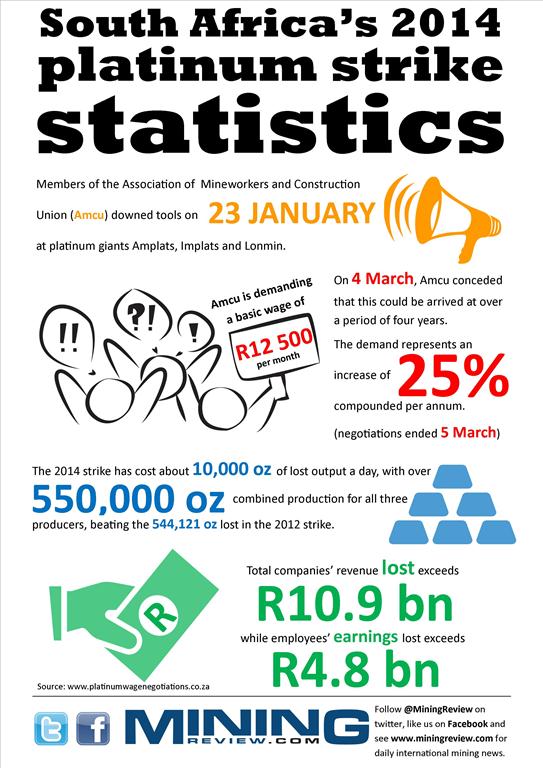