Johannesburg, South Africa — MININGREVIEW.COM — 04 July 2008 – South African Coal Mining Holdings (SACMH) has been granted prospecting rights for Kromkrans, a property situated near the Mpumalanga town of Ermelo in South Africa, some 30km north of the company’s Umlabu mine.

A statement released by the company revealed that prospecting rights had been awarded over portions 3, 47, 56 and the remaining extent of the farm Kromkrans 208 IS, in terms of Section 17 (1) of the Minerals and Petroleum Resources Development Act 2002 (Act No 28 of 2002). The property measures 561 hectares, and is adjacent to Naudesbank, which is owned by BHP Billiton. Mining at Naudesbank is scheduled to commence before year end.

SACMH says it has finalised its exploration plans for the Kromkrans property, and exploration is expected to commence later this month. Test drilling results are anticipated in about three months, and Gemecs (Pty) Ltd has been appointed to develop the geological model.

SACMH chief executive Karl Gribnitz commented: “Exploration is another leg to our organic growth strategy. The granting of the prospecting rights over Kromkrans is an important and exciting development, especially due to its proximity to the Umlabu mine, and as SACMH is embarking on exploration for the first time.” 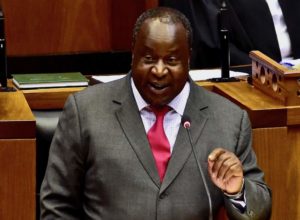