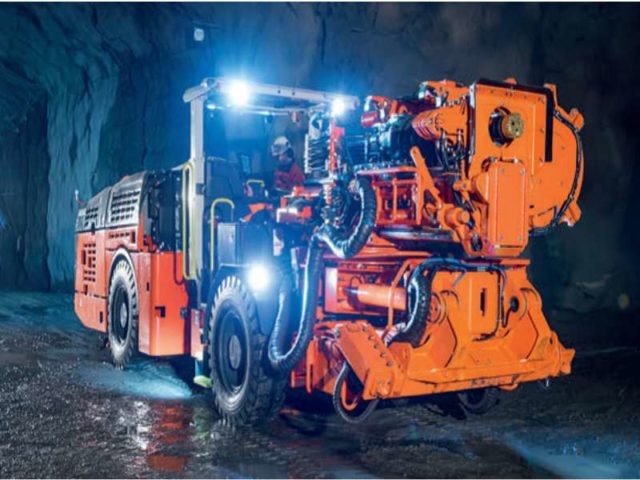 It is this imperative that has led to the development of the latest generation of Sandvik’s ‘intelligent’ long hole drill rigs.

According to Sandvik underground drills business line manager Saltiel Pule, the new long hole drills will be equipped with the RD-series rock drills.

The next generation of Sandvik RD-series of rock drills are designed for up hole and down drilling applications and are essentially an upgrade to the existing HL series, which have been in the market for over 15 years.

Sandvik has developed and tested a prototype rock drill, the RD927L /RD925s, which is mounted on one of the I-series, or intelligent, drilling machines – the DL432i.

Sandvik began the development of the rock drill at its test mine in Tampere, Finland about two years ago with the view of creating a drill that can drill faster, more accurate holes of many varying diameters.

The prototype drifter has undergone a rigorous testing programme at Sandvik’s test mine after which it was then piloted at a mine in Portugal.

To ensure that the rock drill meets the requirement of the African mining sector, the rock drill will be brought to South Africa where it will be offered, on trial, to a hard rock mining company.

During this testing phase, Sandvik will work in close collaboration with the mining company to test its capabilities in working underground in an ‘intelligent’, highly automated underground mine to undergo a site acceptance test to check certain KPI’s in a certain time frame.

Accuracy is of utmost importance when drilling vertical long holes as an inaccurate or incorrect drill hole may lead to the sterilisation of an orebody.

“If you inaccurately drill and blast a vertical long hole, you may never be able to open up that stope, unless you do so through the costly exercise of establishing a new level and stope to access the mining pillar,” Pule explains.

Sandvik i Series Long hole drill rigs will be automation ready through its patented AutoMine platform and OptiMine analytics software to enhance operation and safety performance.

Furthermore the long hole drills are equipped with various automation packages such as:

The upgrade enables the drill rig to visualization tool drill plans and for drilling reports.

“While automation acceptance is still hampered by the perception that automation results in reduced labour, the reality is that this equipment still requires human intervention to fully operate at all levels,” says Pule.

What automation technologies essentially do is reduce the room for error.

“Because machines can automatically respond and adapt to conditions ‘at the face’ – consumables and machine lifespans are extended, which in turn reduces costs.

It is Sandvik’s mission to ensure that its products evolve with changing technology, says Pule.

“We are also focused on continuously enhancing our understanding of the data analytics automated processes provide in better understanding our equipment and our systems,” he concludes.