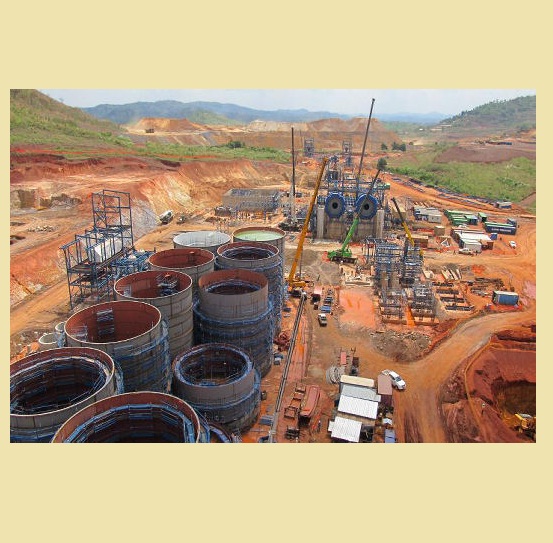 Shaft Sinkers Holdings plc ‒ the international shaft sinking and underground construction group ‒ has announced the start of the Main Sink Phase at the Kibali gold mine underground shaft in the Democratic Republic of the Congo (DRC).

The commissioning of this changeover marks the commencement of the main sinking phase of the project for the 760m vertical shaft, and follows successful completion of the site infrastructure civil and construction works

Kibali is a joint venture between mine operator, Randgold Resources (45%), AngloGold Ashanti (45%) and DRC parastatal, Sokimo (10%).  The project is situated near Doko, in the north eastern Orientale province, and Shaft Sinkers was awarded the mobilisation and vertical shaft contracts in November 2012. They have  an estimated total value of US$132 million

Shaft Sinkers is confident that it will meet the overall project completion schedule for the final commissioning, and hand over of the permanent shaft in November 2017.

Shaft Sinkers chief executive Alon Davidov said: “The successful completion of the first blast is a major milestone in the sinking of the Kibali vertical shaft.

The Kibali project is typical of the type of work which Shaft Sinkers is increasingly undertaking ‒ a vertical shaft being developed to supplement an existing open pit operation outside the company’s core South African market. “We look forward to delivering the remainder of the project on time, on budget and to client expectations,” he added.

Randgold Resources chief executive Mark Bristow said: “Kibali is an important project for Randgold Resources which, when in full production, will produce 600,000 ounces of gold per annum and will be one of the largest gold mines in Africa.”
Caption, Pic 1: As final infrastructure is completed at Kibali, Shaft Sinkers has launched the
start of the main sink phase at the mine.