John Ferreira, who has been executive chairman of Bateman Engineering for over half a year, says that the group, which is focused on mineral processing projects, technology and equipment, is not planning on any drastic changes of focus under his leadership and will continue its strategy of growing responsibly on the back of project execution excellence.

“There are some changes internally, focussed on ensuring that we make Bateman a company that develops and empowers its people. After the implosion in the resources sector, we are now seeing some areas recovering faster than others, with us positioning ourselves to meet this revival in demand,” he says. Internal changes involve flattening structures within the group, which employs about 1,500 people across the world, having shed about 25% of its workforce during the downturn.

Ferreira says that from a Bateman perspective, recovery in the minerals sector is taking place fastest in India, and there is movement in the CIS area, while sub-Saharan Africa, which still accounts for 50% of the group’s business, is showing signs of improved levels of activity.

“We are not seeing as fast an improvement in Australasia and it will also have to be seen what effect the proposed super tax in Australia will have,” he says. “We are doing work out of that office for other regions, though, including North Africa. As for the Americas there is no definitive plan as yet about the role that Bateman will play in this market. We see some opportunities in Canada and we have small offices in Calgary and Vancouver. In that environment our experience in the cold weather regions of the CIS will prove valuable. This is a market that will be an important consideration in our strategic planning in the future.” 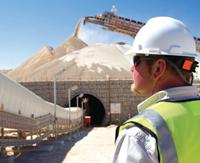 Bateman is not as busy as it was a few years ago during the recent resource super-cycle, and the group has some spare capacity available. Bateman is executing a number of projects around the world, including a furnace rebuild in Australia, and is also constructing a furnace for Mechel in the CIS. It is undertaking the Trekkopje uranium project in Namibia and Ferreira says the company could be awarded another major uranium project shortly. It is doing the two x 275 tonne / hour acid plant at Ambatovy in Madagascar and is undertaking other projects, including one for Foskor in South Africa and the Jwaneng Cut 8 project in Botswana. The group has just handed over the Richards Bay Coal Terminal phase V expansion project, and work is continuing on the Douglas Middelburg optimisation project for Billiton Energy Coal, South Africa.

There are also numerous smaller projects underway, which is reflective of the nature of the industry at this point.

“Typically the mining project sector lags the world economy by some 12 to 18 months. That means we were still building projects while the major economic implosion was occurring, but it also means we are now just exiting the eye of the storm,” Ferreira says. “However, there has been a significant upturn in sentiment as was seen at this year’s Mining Indaba in Cape Town and, provided there are no unpleasant political surprises in the industry, like the Australian mining tax, we are optimistic that we will see a major improvement.

“Overall, we are seeing four times as many requests for quotes compared with a year ago and that is fairly uniform worldwide.”

As growth picks up Bateman will look at increasing the current, relatively small low cost centres, as well as revisit the possibility of establishing additional ones, but no decision has been made yet where those will be. The company has offices in India for undertaking projects and equipment supply contracts in that region, and though the bulk of the group’s project execution muscle resides in its South African offices, South Africa’s position as a possible low cost centre would depend on factors such as the rand.

“What is certain is that South Africa will remain the group’s operational centre. Our two offices in this country, Boksburg and Bedfordview, house half our workforce.”

Bateman went through a rough patch over the recent couple of years with a number of high profile projects turning out to be unprofitable. “At one level we executed all these projects to the clients’ satisfaction and delivered what was called for, but they did have a negative financial impact on our organisation. We were able to take this on the nose and we now move forward. We have strengthened our risk management processes to ensure that we do not repeat the mistakes of the past.”

Part of Bateman’s strength has been its ability to undertake more technologically demanding projects on the processing side, an example being the DC treatment of ferronickel, but Ferreira says that this does not mean that the company plans to pigeonhole itself in a certain space.

The same applies to commodities. As part of its strategic planning, the company is undertaking an exercise to forecast which commodities are going to do well over a four to five year horizon so it can target those areas. 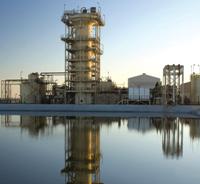 Bateman has a very strong history in the diamond sector, which was hit very hard by the downturn, but Ferreira notes that a lot of this expertise is based in modular plant technology, and the company is simply taking the modular technology and using it in other sectors such as gold and coal.

In the past Bateman toyed with getting involved in the mainstream energy sector, in power generation technology, but that is no longer the case beyond bulk materials handling and minerals sector related work. For example, Bateman Engineering is supplying work into the fly ash handling system for Eskom’s Medupi power station project, but has no plans to venture into the power generation sector in general.

This year, Bateman formed a joint venture with the Beijing Axis to facilitate low cost procurement from China, both for its own projects and for industry as a whole. “Though it is still early, to date some 70% of the business done by the joint venture has been on behalf of third parties, rather than for us.” The Bateman Beijing Axis joint venture is headed by Beijing Axis CEO Kobus van der Wath, who is based in China.

As executive chairman and member of the Bateman group’s board of directors, Ferreira heads up the global Bateman group. Apart from the Projects division, there is sister company Bateman Engineered Technologies, which is the equipment side of the business. These companies each provide about 50% of the income, with the equipment business having increased its share compared with the boom times, when the projects business dominated with about a 75% share. With Delkor now part of Bateman Engineered Technologies, this extends the latter’s reach.

Ferreira does expect to grow the Bateman group. “But there are no M&A plans. Our growth will be organic and will most likely be done on the basis of project awards. Our future is about responsible growth and not at the expense of excellence in undertaking projects.”

He also expects that the skills shortage that the industry faced recently will reoccur and is positioning the company accordingly. “We are doing this by creating a workspace where people can enjoy what they do. This is not limited to financial incentives, though our people are paid well.”

In all, Bateman has emerged from a turbulent period intact and on a financially sound footing. What is one of the longest established global minerals processing project engineering houses is set to remain a significant part of the industry’s landscape.