Production records set for iron ore, bauxite and thermal coal and a strong recovery in copper volumes. Iron ore volumes were bolstered by the completion in August of the Pilbara phase one infrastructure expansion to 290 Mt/a, with ramp-up on track to reach nameplate capacity before the end of the first half of 2014.

Net earnings of $3.7 billion reflect non-cash exchange losses of $2.9 billion and impairments of $3.4 billion, notably the impairment of a previous non-cash accounting uplift on first consolidation of Oyu Tolgoi, a project overrun at Kitimat and the previously announced curtailment of the Gove alumina refinery.

Rio Tinto chief executive Sam Walsh said “These strong results reflect the progress we are making to transform our business and demonstrate how we are fulfilling our commitments to improve performance, strengthen the balance sheet and deliver greater value for shareholders.

“We have achieved underlying earnings of $10.2 billion, exceeded our cost reduction targets and set production records. In turn, this has enhanced our cash flow generation and lowered net debt. The 15 per cent increase in our dividend reflects our confidence in the business and its attractive prospects.” 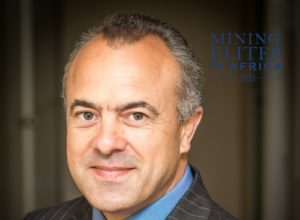