Intra Energy Corporation has announced that Tancoal Energy, owned 70% by IEC and 30% by the National Development Corporation, established by the government of Tanzania, sold 50,724 tonnes of coal in September 2019, sales were lower than the 68,792 tonnes sold in September 2018.

Sales were lower than the prior year due to loss of an export customer to South African coal due to the implementation of royalty on the cost of transport.

Tancoal has suitable stock levels to meet customer demand and has the capacity to ramp up production should demand return to the levels prior to the implementation of the additional Government royalty on transport.

The following chart demonstrates that IEC has been a substantial contributor to the sustainable development of the Tanzanian economy, with the contributions of Royalties, taxes and levies rising year on year to A$9.3 million in FY 2019.

A major contributor to the increase in sales and contribution to the Tanzanian economy has been the export market.

Sales to export customers in Rwanda, Kenya and Uganda have increased substantially from 27,662 tonnes in FY 2016 to 184,646 tonnes in FY 2019 as a result of the implementation of an agresive sales campaign mounted by the company.

More drama for miners in Tanzania

Tancoal produces a sought after high quality thermal coal with an energy
characteristic of 6,000K~6,300Kcals/kg which consistently meets or exceeds client specifications.

Apart from the availability of high quality coal the increase in export sales necessitated the purchase in FY 2018 of improved crushing and screening plant capable of producing the sized coal required by the export customers.

The Tanzanian Ministry of Minerals, Mining Commission advised the Tancoal that it will pursue the payment of a Royalty and penalty for late payment of US$10,408,798.

Every effort is being directed at reversing this government imposition to hopefully restore the company’s export market as quickly as possible so as to maintain optimal utilisation of the company’s personnel, equipment and processes built up over the last few years to cater for the expanding market available to the company.

Tancoal has submitted a payment plan that is now under consideration.

IEC will keep shareholders informed of any development.

The Tanzanian Revenue Authority (TRA) has commenced an investigation into the tax position of the company and its employees, IEC and Tancoal are cooperating with the TRA and will notify the market of any resulting outcome.

“IEC continues to operate with decreased production and sales from Tancoal Energy Limited due to the policies regarding road transport royalties promoted by the Mining Commission of the Ministry of Minerals.”

“Tancoal must comply despite evidence that the additional costs plus the threats to not issue road haulage permits have directly lost Tancoal market share in exports.

“The Tanzania Revenue Authority (TRA) investigation into IEC and Tancoal is onerous and unfortunate as it sends negative signals to foreign investors.

“The market will be kept informed of any outcome.

“This provides Intra Energy diversification into mineral production with gold continuing its upward spiral in prices.” 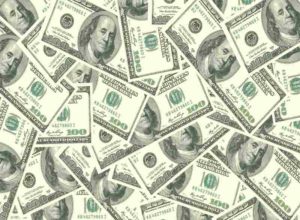