Perth, Australia --- MININGREVIEW.COM --- 04 April 2011 - TSX-listed Tiomin Resources has signed a binding heads of agreement for the sale of its Kwale mineral-sands project in Kenya to Australian-based and listed Base Resources Limited (BIL).

The news marks the end of an era for Tiomin, which spent more than a decade moving the Kwale project forward.

Base Resources has appointed WestLB AG, London Branch as the mandated lead arranger for a US$150 million syndicated project finance facility. This facility, combined with an equity capital raising to be undertaken once formal credit approval is received, will provide the funding required for the development of the Kwale Project.

WestLB has received in-principle confirmation of the proposed terms of syndicate participation from a number of other lenders, with combined indicative commitment levels exceeding the US$150 million required to complete the facility. The key terms of the facility as agreed with WestLB are:

Base will complete its enhanced definitive feasibility study for the Kwale project by the end of April 2011. SRK Consulting has been appointed as the Independent Engineer for the banking syndicate and it is expected that the SRK review will be completed by the end of May 2011.

Formal credit approvals for the facility are expected to be received during June and documentation during July 2011. Closing and funding will be subject to conditions precedent typical of project finance facilities.

The planned completion of financing activities by the end of August 2011 will see the commencement of construction at Kwale in September 2011 and first production in the third quarter of 2013. 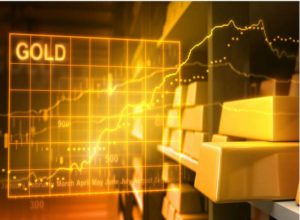