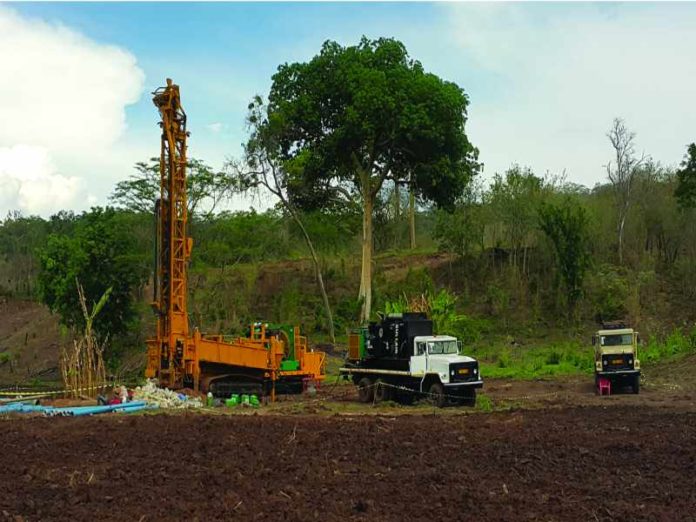 2018 set to be a pivotal year in the company’s history as it achieves the milestones required to transition from graphite developer to graphite producer in early 2019, says CEO Trevor Matthews.

Despite having its vision set firmly on first production in early 2019, a number of milestones still need to be met before then, including the completion of its definitive feasibility study (DFS), the conclusion of binding off-take agreements on commercial terms, environmental approval, mining licence approval and project financing – all of which the company is on the cusp of delivering.

This was followed by the completion of a prefeasibility study in late 2016.

Additional drilling at the project thereafter enabled the company to define the biggest JORC-compliant graphite resource in Tanzania (according to the company) and one of the largest in the world at 461 Mt, containing 22.6 Mt of graphite at a grade of 4.9% TGC (total graphite content).

Having initially considered a fairly large-scale project, estimated to cost in the order of US$173 million, producing 170 000 tpa of graphite through the processing of 3.8 Mtpa of ore, Volt Resources reconsidered this development plan in early 2017 – taking into account factors such as financing, offtake potential and graphite market dynamics.

The company has since then developed a clear and strategic pathway to first production aimed at bringing its project online in a staged approached – a Stage 1 ‘starter’ project with a quick route to production and a Stage 2 ‘expansion’ project based on the market demand for graphite.

At a low start-up capital expenditure of $30 million, the Stage 1 development will see an estimated 400 000 tpa of ore being processed to produce a nominal 20 000 tpa of graphite product.

The Stage 2 expansion will be based on the prefeasibility study metrics of 3.8 Mtpa of ore to produce 170 000 tpa of graphite product.

“The Stage 2 production profile may increase as the company is not constrained by its resource base, with enough mineral resources to last for over 100 years at the PFS production rate,” says Matthews, adding that only 6% of the company’s 1 113 km2 tenement package has been explored to date.

The Bunyu Stage 1 mine plan is based on a near surface zone with a low LOM strip ratio of 1:4.1.

Mining will be undertaken via open pit to a depth of 40 m using a conventional drill and blast, load and haul method.

Stage 1 has an initial seven year LOM with opportunity to expand to a multi-decade LOM through the Stage 2 development, which aims at expanding capacity in tandem with the anticipated increase in graphite demand, with the enlarged operation planned to be commissioned and in production by late 2020/early 2021.

Volt Resources is under way with the completion of its Stage 1 feasibility study (FS), which entails engineering and metallurgical test work. The study is due to be completed this quarter.

The company is also progressing the approval of its environmental and social impact statement and mining licence applications which were lodged in January and February 2018, respectively.

While this will be Volt Resources’ focus for the remainder of 2018 into early next year, the company will also focus its efforts on converting indicative offtake agreements to binding agreements and raising the debt portion of its funding requirement.

Bunyu Stage 1 is intended to be largely debt funded via a $40 million Tanzanian bond issue on the Dar es Salaam Stock Exchange for which the company commenced the prospectus preparation in late 2017.

“The appetite for investing in local resource projects in this market is evident by the positive response received to date from investors in the East African countries of Tanzania, Kenya and Uganda,” says Matthews, who believes that this type of innovative funding pathway provides for local investment – with local job creation and skills acquisition, local business opportunities and significant export revenue for Tanzania.

“In doing so we are also trying to increase the participation in resource developments by local investors.

“Moreover, the government of Tanzania’s participation in the project, with a 16% free-carry interest, is also a means for the people of Tanzania to benefit from the development of the project,” Matthews adds.

Having total indicative commitments materially exceeding the Stage 1 planned production capacity, Volt Resources is confident that it could become a globally significant supplier of natural flake graphite in the years to come.

“The ability to complete these binding and indicative agreements before the completion of the Stage 1 FS is an excellent vote of confidence in the Bunyu project and improves investor confidence in the company and enhances its ability to finalise funding,” Matthews believes.