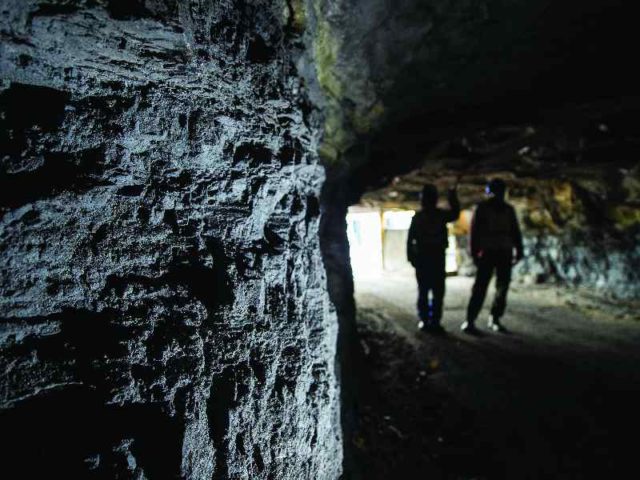 The market doesn’t need to look any further than Wescoal’s balance sheet to appreciate the phenomenal financial growth the company has achieved after CEO, Waheed Sulaiman and CFO Izak van der Walt took the helm of the company in 2015.

Although coming off a low base, financial results at Wescoal are enough to impress even the greatest investment sceptics.

Its headline earnings per share has had a compound growth rate of +60% year on year and its cash flow generation offers similar results of 56% growth year on year.

Profits have consequently also nearly doubled every year since 2015, climbing from R29 million to R52 million in 2016. This number escalated to R121 million in 2017 (minus R90 million allocated in conclude a BEE share capital structure).

“The numbers are evidence that our team have brought structure to the business, reduced costs and maximised the production opportunities at our mines. From day one we fast tracked projects requiring low investment to deliver cash generation quickly for the business,” says Van der Walt.

He is refering to the quick introduction of Elandspruit, bringing Khanyisa back on stream, restructuring the trading business and also diversifying the company’s end market users beyond Eskom.

“And we have now positioned Wescoal to over-deliver on our forecasts. This has seen the perception of the company’s shareholder and investor pool change quite drastically as well.

“Our track record now represents our capabilities and expectations require us to continue to delivering as we have to date.”

The fact that Sulaiman, Van der Walt and the rest of the management team at the time were able to deliver such success despite multiple challenges makes their achievements even more impressive.

Wescoal’s success can also be attributed to its broader team, which today incorporates a young and dynamic executive team with a high-level, competent black shareholding component.

“We are subsequently uniquely positioned to benefit from the needs of South Africa’s coal sector, which has pushed the transformation boundaries in a positive light. We excel in this area and even further when considering our focus on driving gender equality into the business, which we are doing so successfully as well,” Van der Walt outlines.

Building a solid and stable production profile has been secured and the doors opened to securing long-term off-take agreements and gaining access to capital.

Improving the capital structure of the business remains a challenge as the company moves forward but even so, this has not held the company back from achieving it utlimate objectives – such as the R525 million acquisition of Keaton Energy in 2017, funded without external funding.

“We were determined to proceed with our strategy and not allow anything to get in the way.”

The acquisition of Keaton Energy strengthened Wescoal’s balance sheet and free cash generation and further diversified the asset base, realised economies of scale and synergies, as well as enhanced optionality in contracts and off-take negotiations.

Keaton has now been fully integrated into Wescoal and an integrated resource management and reporting system has been implemented which enhances common reporting across all operations and facilitates effective management with integrated and data driven decision-making.

The Keaton transaction also resulted in a step change in the Group’s funding capacity. Total debt facilities are now in the region of R850 million and are sufficient to fund internal and external growth initiatives as well as operational requirements.

Conversations are underway with funders to restructure and consolidate debt facilities within the Group.

This will further reduce finance charges and risks as well as allow the Wescoal to continue its growth trajectory.

Now, the company has a strong balance sheet and through Nedbank’s long-term debt facility the capital structure of the business is also in a more ‘comfortable’ space, but remains a focus point.

“Disposing non-core, short life assets (i.e. Intibane) has already assisted in this regard. I am also happy with our debt structure position which sits at about 40%.”

Van der Walt is now eager to see the company’s share price better reflect its standing in the mid-tier coal mining space and hopes that by expanding the business further it will gain better market liquidity with more free trading shares. Managing its BEE structure will have to prioritised as this takes place, and will be the CFO confirms.

“Sustained and rapid growth, both organically and through external opportunities will enable us to meet our future growth objectives with ease. We have shown what we are capable of and have every intention of continuing to build our business with the same momentum we have to date,” Van der Walt concludes.