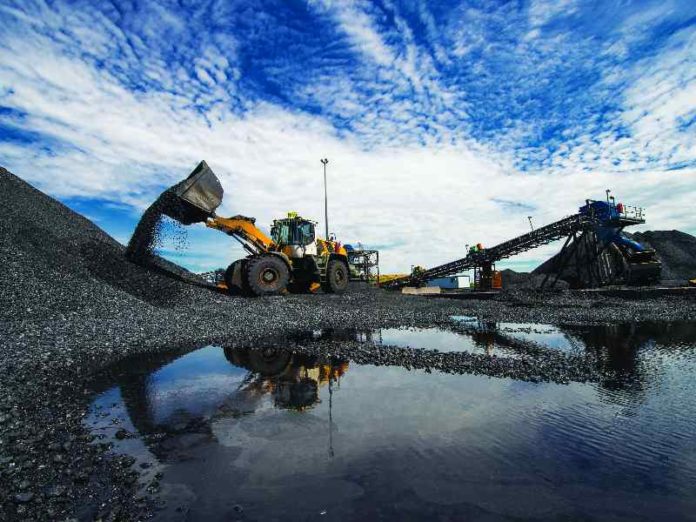 Having concluded its acquisition of Keaton Energy in 2018, Wescoal has grown its resource base significantly to approximately 300 Mt.

With three consistently performing coal mines – Elandspruit, Vanggatfontein and Intibane – and four processing plants in the Mpumalanga province, the company is well positioned to build its portfolio further and deliver in excess of 10 Mtpa (ROM) within the next three years, Mining CEO THIVHA TSHITHAVHANE tells LAURA CORNISH.

“After delivering a year of stable production across our operating mines, our focus is to maintain this performance but also to use this position as a platform to grow further.

“In fact, we are on the cusp of a new growth phase which will assisting in achieving our ambitions of becoming one of the leading South African coal players. We have achieved 90% of our initial objectives and are setting new goals to maintain our growth over the next few years,” Tshithavhane starts.

While Wescoal’s origins lie in coal trading (it was incorporated in 1996 under the Chandler name to purchase the coal trading business and other assets of the Chandler family), the mining division is today the bigger part of the company, accounting for 65% of revenues and 87% of earnings.

In addition to this, the company has a healthy project pipeline with an immediate focus on building the Moabsvelden project, situated adjacent to Vanggatfontein in Delmas, which has the potential to be expanded as well.

“2018 has been a busy and productive year for Wescoal, particularly with integrating Keaton Energy into the group and we are excited to move into 2019 with the objective of building our coal mining business further.”

At the beginning of June 2017, Wescoal acquired Keaton for R525 million which immediately delivered the company with a second large operation in the form of Vanggatfontein, which is similar in size to Elandspruit and has a remaining life of between nine and 15 years.

“The integration of Keaton Energy into the group has progressed according to plan and has continued to realise significant synergies. Keaton’s personnel have been redeployed and downsizing of senior staff has been completed.

The combined effect of these savings has been in excess of R40-million a year.

Despite this phenomenal achievement, we are endeavouring to further improve operational cost-savings and efficiencies further by eliminating duplication in contract services and assessing which services to insource and outsource,” Tshithavhane outlines.

Vanggatfontein produces coal for State-owned power producer Eskom. It produces at a rate of approximately 3.6 Mtpa.

The coal is treated in two plants – at 500 tph in the 2 and 4 seam plant, which produces thermal coal for Eskom, and a 100 tph 5 seam plant, which has in the past been used to toll treat external material and also produce metallurgical coal.

The colliery is also focused largely on becoming self-sufficient in terms of water supply and usage. The water management system is designed to separate clean and dirty water and to optimise the recycling and reuse of dirty water.

“The Middelburg-based Elandspruit mine, our flagship, is now a mature operation and continues to perform well. Wescoal established its credentials in the coal space with the development of Elandspruit, a Greenfield project in 2015, within just a few months for a capital cost of around R250-million, funded mainly from internal cash flows. Elandspruit provides scale and sustainability, with its ability to produce at up to 3Mtpa ROM over its remaining lifespan of around seven years.”

And because its production is now close to exceeding the processing plant’s capacity, the company has entered into an agreement with one of Elandspruit’s neighbours which will see some

of the operation’s coal being treated on a ‘toll basis’. This arrangement has boosted Wescoal’s treatment capacity without the need for any capital expenditure.

With a 47.8 Mt resource, Moabsveldon has the potential to be developed into a 1.5 – 2 Mtpa ROM operation – and deliver these volumes for at least 10 years, starting in H2, 2019.  Engagements with potential customers are at an advanced stage.

Once these commercial conversations have been finalised, the resource model will be updated, the mine design, production and costing model will be finalised.

The property is located approximately 15 km east of the town of Delmas, Mpumalanga and is easily accessible from both the R50 and R555 linking to the N12 highway.

The project is fully permitted and there is capacity for the coal it produces to be processed at facilities at Vanggatfontein.

“We are also determining whether underground mining or a combination of underground and opencast might be a better option for development,” Tshithavhane states.

These properties are contiguous to Vanggatfontein and as a result an MPRDA Section 102 application has been submitted on 17 April 2018 to combine the three properties.

Situated approximately 5 km south-west of Bethal in Mpumalanga, the 7 926 ha Sterkfontein project targets the No 4 Lower and No 4 Upper seams of the Highveld Coalfield.

At present Wescoal is planning to mine Sterkfontien using an underground bord and pillar method with the use of continuous miners.

The coal is intended to be processed using a double-stage circuit to produce a primary export thermal product and a middling’s product for potential sale to Eskom.

“A mining right application has been submitted and we await feedback from the DMR.”

Located 17 km directly north of Kriel, the 1 120.25 ha Roodepoort targets the No.1 and No.2 seams of the Witbank Coalfield.

It is planned for the Roodepoort coal to be mined using opencast mining methods. At present it comprises a single prospecting right.

The coal quality lends itself to a double-stage washing process to produce a primary export thermal product and a middlings product for potential sale to Eskom.

The Breyten project lies approximately 29km north of Ermelo and primarily targets the B and C seams of the Ermelo Coalfield.

The coal quality lends itself to a double stage washing process to produce a primary export thermal product and a middlings product for potential sale to Eskom.

Situated approximately 10 km east south-east of Newcastle in KwaZulu-Natal, this project is an advanced-stage exploration property situated on the Klip River Coalfield and targets the Top and Bottom Seams.

“Having achieved our 8 Mtpa ROM production goal in 2018, we are now working towards achieving 10 Mtpa and undeniably have a project portfolio that can accommodate this goal. Buying into Universal Coal could elevate our attributable production even further beyond this goal,” Tshithavhane concludes.

The business partnership has since evolved whereby IPP Mining and Materials Handling is currently performing a variety of services, including opencast mining at Elandspruit colliery (200 000 tpm) and Khanyisa Colliery (100 000 tpm). Main activities at Wescoal’s processing plant include stockpiling of ROM and finished product, discard hauling, slurry mining, crushing and screening and coal loading.

Other services provided to Wescoal include the construction of the D20 municipal road benefitting the local community in the vicinity of Elandspruit Colliery, building and maintaining of pollution control dams, infrastructure upgrades, road maintenance, dust impression and plant civils.