Cluff believes that West Africa is the region of the continent likely to turn up more of the large world class gold deposits, such as the Malian and Ghanaian elephants, Tarkwa, Obuasi, Ahafo, Akyem, Sadilola, Loulo, Morila.

“It is much more difficult to find new gold territory in places such as South Africa and Tanzania,” he says. “But in West Africa much less exploration has been done and there is a wealth of opportunities.” “It is not only the geology, but in general West Africa wants foreign investment and most of the countries there have created mining codes that welcome foreign mining investment. The political volatility we have seen in the region is really only a function of growing pains,” Cluff says. In comparison he questions the attractiveness of South Africa because of its taxation and empowerment related regulatory hurdles.

Cluff has succeeded in eras when raising capital for minerals exploration in Africa was not easy. He has also negotiated boom and bust waves and has seen promising deposits he discovered, which he would have preferred not to sell, bought out.

Then Cluff founded Cluff Mining, which undertook exploration for PGMs in South Africa’s Bushveld Complex and explored for gold across Africa between 1996 and 2003. In South Africa this led to the Blue Ridge platinum property being taken to the feasibility stage. In 2004 Cluff Mining’s gold assets were spun off to form Cluff Gold and Algy Cluff exited Cluff Mining (then called Ridge Mining) to focus on bringing some of these gold projects into production.

Cluff accepts that junior exploration companies act as pilot fishes for the majors, and that market forces dictate a junior’s ability to develop its own finds, but ideally, with Cluff Gold, he would like it to be different this time. With the market looking for cash flow as well as upside exploration potential from junior minerals companies, Cluff Gold has set itself the target of having the capacity to produce 300,000 ounces within two years. This potential could then translate into that amount of production from open pit mines using low cost process techniques within three to four years.

Site of the Kalsaka project in
Burkina Faso.

Cluff Gold has a portfolio of projects, but the three most likely at this stage to offer this outcome are the Kalsaka project in Burkina Faso, the Baomahun project in Sierra Leone, and Angovia in Côte d’Ivoire. The properties Cluff Gold holds in other parts of West Africa, such as Seripe in Ghana and Niokolo in Senegal, are in early stage exploration. Also in Cluff Gold’s portfolio are the Yako Arbole property in Burkina Faso, some 40 km from Kalsaka.

The project which is most advanced in the mining cycle is Kalsaka in Burkina Faso, where a bankable feasibility project has been completed. Second in line is the Angovia project in Côte d’Ivoire whose feasibility study is due out in the fourth quarter of 2005. Then there is the advanced Baomahun exploration project in Sierra Leone, which had a 4,500 metre core drilling programme underway in July 2005.

KALSAKA – BURKINA FASO
Cluff Gold faces a dilemma as the Angovia project has seen its resource increase from 180,000 to 300,000 and then to potentially 800,000 ounces and early indications are it is possibly a much more exciting project than Kalsaka. However, Cluff says it remains likely that it will bring the Kalsaka project into production first. It will be quicker to develop, and in any event Cluff has made a commitment to the government of Burkina Faso.

“Gaining trust and credibility is important for junior mining companies, and that does not only mean with investors, but also with the ministers of mines in the African countries. Many forget that, and come into a country in Africa, make promises, and six months later are gone.”

Kalsaka will require Cluff Gold to raise approximately US$18 million to finance the project. If the building of a secondary crusher can be deferred the amount of financing required would reduce by some US$3 million to establish an open pit heap leach mine at Kalsaka. About half of that cost would be for the processing plant.

The project would produce 60,000 ounces of gold annually at a cash cost of US$256/oz, from a reserve of 290,000 ounces. There are also 300,000 ounces of SRK audited resources within 5 km of the open pit, and of a 25 km range of hills only 4 to 5 km have been drilled. Thus Cluff says the remaining resource potential of the Kalsaka project still to be discovered would be at least equivalent to the 600,000 ounces already defined.

Site of the Angovia project in
Côte d’Ivoire.

The potential mine life of Kalsaka, where the discovery cost per ounce has not been among the lowest with Cluff having spent approximately US$10 million on Burkina Faso since 1996, is thus about 10 years. With financing aimed to be in place in the fourth quarter of this year, 2005 could also still see the award of the engineering, procurement, construction, management (EPCM) contract.

“We are in the finance raising phase and are talking to banks including South African banks such as Nedbank and RMB,” Cluff says.

ANGOVIA – CÔTE D’IVOIRE
Angovia in the Côte d’Ivoire was an operating mine between 1998 and 2003, and produced over 180,000 ounces of gold from a heap leach open pit operation. Cluff Gold bought the license for the mine, which has power, water and roadaccess in place, from the state owned company Cogema in 2004. Its processing plant is also described as being in near-operational condition. However, taking into account the increase in Angovia’s resource base Cluff is likely to follow a CIL plant route to recover sulphide ore as well as the oxides. With the extra resources discovered at Angovia, Cluff Gold plans to revise the feasibility work on this project and undertake at least 1,500 metres of additional drilling for resource validation.

In order to finance what would be a much larger mine than Kalsaka, Cluff Gold is likely to option out a portion of Angovia. Cluff says the plan is for Cluff Gold to retain operatorship of the project though. This project is expected to complete its resource evaluation and prefeasibility design and economic assessment phase this year and also begin its external financing review in 2005.

BAOMAHUN – SIERRA LEONE
The Baomahun project in Sierra Leone was discovered by the diamond merchant Harry Winston some 20 years ago. The deposit showed a gold yield over 200 metres of 200,000 ounces at 8g/t, but Winston was not interested in gold.

Site of the Baomahun project in
Sierra Leone.

There was a queue of people lining up for Baomahun but Cluff was chosen and can earn up to 60% by undertaking US$5 million of expenditure on the project or by taking it to a bankable feasibility study, whichever comes first. Earlier this year Cluff Gold commenced a 4,500 metre core drilling programme on the project. Baomahun extends for 3.5 km along strike and its geological setting is described as being similar to that of the Lake Victoria goldfields in Tanzania.

Now Baomahun is most unlikely to turn out to be an 8 g/t gold deposit, but indications at this stage are that if the resource is proven, it could at least prove to be a viable 100,000 ounce a year CIL/CIP operation. Baomahun has demonstrated good continuation of its ore body and the favourable topography could provide for a low stripping ratio. The second phase of resource evaluation on this project is expected to start towards the end of 2005.

In total Cluff Gold will require equity funding in the region of US$12 million, which will provide for the advancement of the Kalsaka, Angovia and Baomahun projects. Cluff expects to have established a cash flow by about the end of 2006.MRA

Webinar recording: A-Z guide to doing business in the DRC 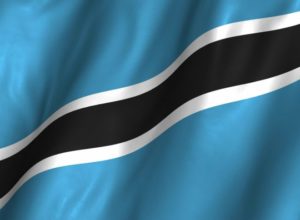