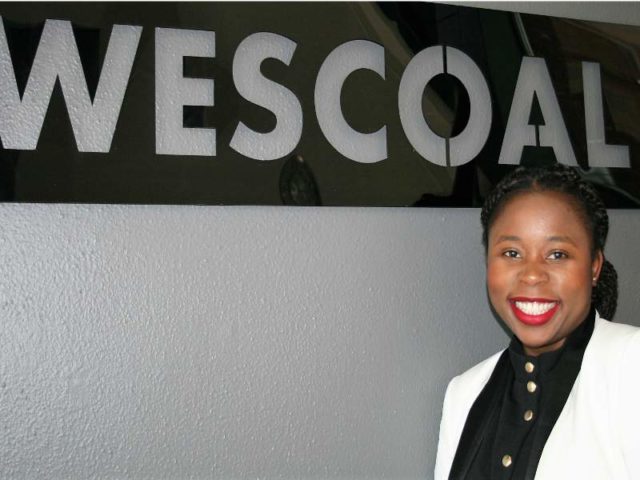 Rapid growth for Wescoal has presented fresh opportunities to step-up the pace on gender equity and equality.

There is clear evidence of continuous development and measurable progress at the very core of the organisation, commitment to women empowerment is demonstrated throughout the organisation.

Ramoetlo in particular brings a wealth of experience to Wescoal – having worked in various secretariat positions, largely in government-related sectors and was looking to bring this knowledge to the public listed sector and in doing so excel further in her career.

She has an LLB degree from the University of Johannesburg and completed the programme for management development at the Gordon Institute for Business Sciences in 2011.

To improve her skills set further she is current working towards attaining a chartered company secretaryship as well.

Beyond her technical skills set, Ramoetlo is a young, passionate and enthusiastic professional and will undoubtedly bring fresh ideas and life into the company.

Her position as company secretary is no small feat, which is impressive for any mining company considering her age and gender.

It requires her to advise the board in terms of all their decision-making requirements.

“In essence, I am the conscience of the board and further play an important role in facilitating relationships between board and management,” she explains.

And she is excited to see how Wescoal is transitioning as a company and embracing gender diversity – “a major achievement for a fairly young company.”

The gender equity programme at Wescoal is comprehensive and sees focused development across all of its divisions and at every rank.

The majority of women in senior management are under the average age of the executive, creating the potential to retain a younger leadership profile into the near future,

Bernadette Applegreen has carved a successful career and is today the Wescoal Mining company secretary and group paralegal adviser.

Other notable success stories highlight Nthabiseng Mbekeni in the role of finance manager for the Mining Division and a director on its board and Elize van den Heever who is the finance manager for trading making the majority of senior finance roles in the hands of women.

Thuli Makhubedu is part of the team as the Group’s Sustainable Development manager.

Wescoal board has a 20% woman’s representation in key independent role positions.