Maputo, Mozambique — 11 September 2012 – The World Bank plans to provide technical assistance for the development of the natural gas sector in Mozambique, according to bank representative Lex Huurdeman during the presentation and start of the public discussion of the country’s Natural Gas Master Plan.

The plan outlines the framework for carrying out projects in the sector in Mozambique and highlights the need to add value to the natural gas extracted, reports Macauhub News Agency.

Director for planning and development of the Mining Resources Ministry Benjamim Chilenge said that the aim was to draw up a consistent and clear document that should be ready by the end of the year, following conclusion of some additional studies that have to be completed.

The proposal for the plan, which includes 18 recommendations, calls for implementation of large projects that will anchor small and medium-sized companies which may make mass use of the natural gas, create more jobs and increase exports.

It also points to the cities of Nacala, in Nampula province, and Beira, in Sofala province, as two strategic hubs to make natural gas projects viable.

According to the proposal, cited by daily newspaper Notícias, natural gas exploration may provide the Mozambican state with revenues of US$5 billion by 2025. 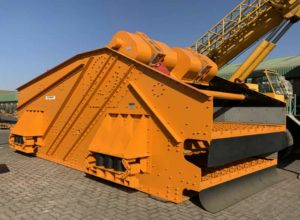