Lusaka, Zambia — MININGREVIEW.COM — 09 April 2010 – The government of Zambia has decided that it will not reduce the higher mining taxes it introduced in 2009 after cancelling the long-term development agreements it had with foreign mining companies.

Revealing this here in an interview with Reuters, finance minister Situmbeko Musokotwane said that although the government was talking to mining firms on the development agreements, it expected them to accept the existing taxes, especially after Zambia had conceded to their demands and scrapped the controversial mining windfall tax.

Foreign mining companies operating in Zambia have been demanding the restoration of the development agreements, whose cancellation caused loss of incentives for the mines.

The Chamber of Mines of Zambia said that in the absence of the development agreements the country faced an uncertain long-term mining outlook, despite the resurgence in copper prices and government assurances of stable mining taxes in 2010.

“The negotiation issue is about us saying the development agreements are no more and we want them to pay tax in line with the measures I introduced in the 2009 budget,” Musokotwane told Reuters.

In 2008 Zambia increased company income tax from 25 to 30% and mineral royalties from 0.6 to 3%; introduced a 25% windfall tax; and separated hedging income from mining income for tax purposes. Following protests from mining companies, the government last year removed the windfall tax but kept the others.

“The issue is about how the country can maximise its tax revenues out of the existing tax laws, but without killing the goose that lays the golden eggs,” Musokotwane said.

Chamber of Mines of Zambia general manager Frederick Bantubonse declined to comment, saying it could jeopardise the negotiations. 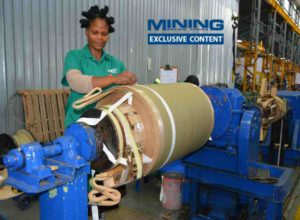