Toronto, Canada — 22 March 2012 – Canadian-based and Zimbabwe-focused New Dawn gold mining company has been in negotiation with the Zimbabwean authorities in an effort to comply with the country’s indigenisation laws.

The country’s indigenisation legislation stipulates that locals should have controlling shareholding in all foreign-owned companies operating in Zimbabwe.

Citing “The Standard” newspaper, allAfrica.com reports that in a statement to shareholders, the firm said: “New Dawn is continuing to engage in confidential discussions with the government of Zimbabwe regarding its proposed plan of indigenisation. The company is also engaging with various indigenous investor groups and possible financing sources, with respect to an investment in the company as part of the implementation of the company’s proposed plan of indigenisation,” it added.

New Dawn owns five mines that are operational in Zimbabwe. It is currently expanding production to reach a targeted run rate of approximately 60,000 ounces of annualised gold production by December this year. However, production targets would depend on access to adequate financing, which in turn requires approval and implementation of the proposed indigenisation plan.

All.Africa.com points out that the empowerment legislation has created panic among miners and prospective investors, and government has also been divided on how the programme could be implemented.

Zanu PF says it should go ahead in what analysts say is an attempt to curry favour with the electorate ahead of possible elections next year, while the MDC has called for caution saying it would scare away potential investors needed to help grow the economy.

During the quarter ended 31 December 2011, New Dawn paid over US$2 million in respect of royalties, taxes, licence fees and levies.

“In addition, the company sources a majority of its operational supplies and services from local Zimbabwean businesses and employs a total of 2,480 workers at its various operations in Zimbabwe,” New Dawn pointed out.

It was announced earlier that Impala Platinum Holdings Limited (Implats) “’ the world’s second-largest producer of the precious metal “’ had been given 14 days to finalise the implementation of the indigenisation plan for Zimplats, following last week’s meeting with youth development, indigenisation and empowerment minister Saviour Kasukuwere.

Source: “The Standard”, through allAfrica.com. For further details click here. 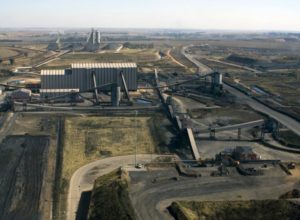