Harare, Zimbabwe --- MININGREVIEW.COM --- 04 April 2011 - Zimbabwe can export diamonds from its Marange fields under the Kimberley Process Certification Scheme, despite the fact that some member countries have protested against the resumption of shipments.

Kimberley Process chairman Mathieu Yamba announced last month that the southern African nation could begin shipping gems from Marange “with immediate effect.” His decision was questioned by Kimberley Process members, including Canada and the U.S., who called for a consensus agreement before shipments resumed.

“The organisation will not reverse its decision because of the objections of some member countries,” Yamba said in a phone interview last week. “A review will be conducted at future meetings of the group,” he added.

The Kimberley Process was started in 2003 to stem the trade in so-called “blood diamonds” that fund conflict. Restrictions were placed on the export of Marange gems in 2009 after a Kimberley Process review mission found human-rights violations and smuggling at the site. In 2008, more than 200 people were killed when Zimbabwean security forces took over the concessions, according to a Human Rights Watch report.

“We are going ahead because we are compliant,” Mpofu said by phone from Harare. “Complaints by countries like Canada, the U.S. and Australia are political games,” he claimed. “They are bent on frustrating our economic development. Zimbabwe has acted responsibly and will continue to act responsibly.”

“Production from the Marange diamond fields is about 1 million carats a month, Chaim Evan-Zohar, president of industry consultant Tacy Ltd., said in February, citing government information. The country earned at least US$174 million from sales of gems so far this year, the state-owned Herald newspaper reported. 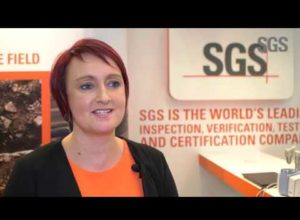