The Zimbabwe chrome ore export ban will be lifted after four years due to the processing of superior quality ferrochrome from Indian and Chinese competitors.

On 9 June, Mines and Mining Development Minister Walter Chidakwa announced the government had lifted the 2011 ban on chrome ore exports and also cancelled a 20% export tax on refined chrome in a bid to increase earnings.

As a result, 12 private companies, including Sinosteel’s Zimbabwean unit Zimbabwe Mining and Smelting Company (ZIMASCO) and Zimbabwe Alloys, will be licensed to export 30 Mt of unrefined ore for processing outside of Zimbabwe to make ferrochrome (used to make stainless steel).

The chrome ore export ban had been widely criticised by industry body the Chamber of Mines of Zimbabwe, as it raised operational costs and rendered the industry uncompetitive compared to neighbouring South Africa and China.

Zimbabwe holds about 12% of global resources of chromite (an iron chromium oxide mineral), the world’s second biggest reserves after South Africa, which holds 70%. 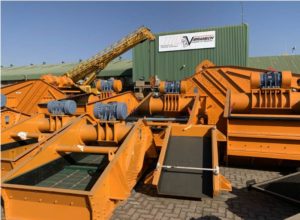