Lycopodium Minerals: Building on past success in Africa through technology advances 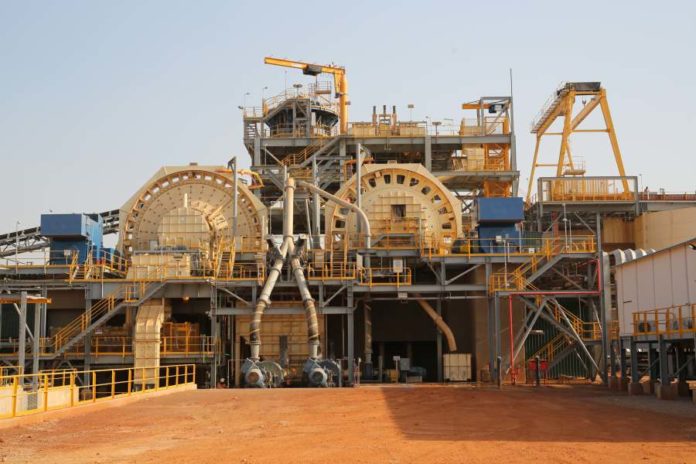 Lycopodium Minerals recently celebrated 25 years of successful mineral process plant design and construction. The company’s Cape Town and Johannesburg based subsidiary company has a focus on the African continent, and in particular has aligned its’ approach to mining industry imperatives.

“Once considered a ‘dirty’ business, mining in Africa (along with global trends) has transitioned towards the use of technology and innovation to improve safety, increase mineral recoveries and reduce costs,” says Lycopodium ADP MD Steve Burks.

“Lycopodium Minerals has consequently stepped up to the ‘technology plate’ – specifically regarding the use of mineral pre-concentration approaches which improve the grade and reduce the mass of material in the feed to downstream high-cost process steps, such as grinding, flotation and leaching, by rejecting gangue material,” he continues.

Differences between the valuable minerals and the gangue can be exploited to separate them based on physical properties and processes such as:

Depending on the nature of the ore being processed, and the downstream flowsheet, the benefits of pre-concentration can be:

Pre-concentration can also be linked to ore type characterisation, blasting versus milling optimisation, screening and other size classification methods post milling in order to ensure that downstream processing of the reduced mass of material is also more efficient and effective

“For example, multi-stage milling and flotation can be applied where the grind size and flotation conditions can be optimised in each stage to recover both coarse fast-floating particles followed by a regrind stage to liberate fine grains locked in gangue matrix. In this way a concentrate acceptable as smelter feed can be produced at high recovery and grade, for example with PGM ores.”

Ore sorting has been practised for many years but was generally labour intensive or applicable only to high value products, such as diamonds. More recently, advances in technology have allowed Lycopodium to exploit differences in other properties of ore.

Depending on the specific technology and the nature of the sensor and deflection system, it is now often possible to handle very high feed-rates of bulk commodities such as iron ore, and in some cases the entire bulk stream can be processed instead of having to remove fines before the pre-concentration step.

Depending on the mineral composition of the stream, a sensor located under an in-pit conveyor utilising differences in magnetic resonance (MR) properties can detect parcels of mining dilution or low-grade ore as small as one tonne and activate a deflector to reject the parcel before it is processed any further.

Sorting on the basis of colour (such as white magnesite) or X-Ray fluorescence (diamonds) relies on the feed being closely sized, clean and well presented, so that individual rocks/particles can be deflected by an air blast after being detected by a sensor. Again, Lycopodium can provide the necessary feed preparation and conveying systems for both products and rejects.

Density differences can be exploited in a variety of methods and Lycopodium has engineered many of them. For coarser size fractions, dense medium separation (DMS) using magnetite or ferrosilicon suspensions is well known for ferrous ores (iron and manganese), base metals (copper and PGM minerals), diamondiferous ores and indeed any ores in which there is an appreciable density difference from the gangue at particles over about 1 mm in diameter.

Coarse particle flotation technology has been developed recently that will allow particles up to 1 mm, having as little as 1% hydrophobic surface area, to be floated effectively. This opens a possibility in the flowsheet in which a high pressure grinding rolls (HPGR) circuit produces a 1 mm top size feed to the coarse flotation plant. A relatively low grade rougher concentrate is produced, with high recovery of values, after which only the concentrate needs to be reground for further upgrading and cleaning to final product specifications. The potential savings in capital cost and energy consumption are most attractive.

“Lycopodium has been working on options to optimise the grinding circuit for a copper-gold processing plant using coarse particle flotation cells to produce a coarse concentrate for regrinding, and a ‘throw-away’ tail with greatly reduced grinding energy use.”

Lycopodium is an Australian headquartered international engineering and project management group servicing the global mineral resource sector with mineral processing, mine infrastructure, rail and maintenance planning expertise. The company has been operating within the resources sector for over 25 years and has offices in Cape Town, Johannesburg, Perth, Brisbane, Manila and Toronto.