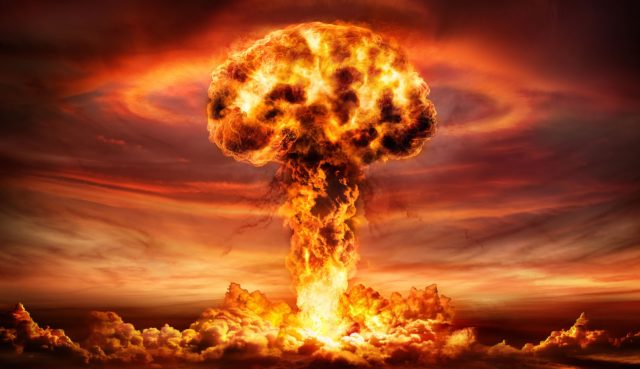 COVID fatigue. I think it is safe to assume most of South Africa, and indeed the world, is becoming resentful to the situation we find ourselves in.

I have been watching and reading everything I can on one of my favourite topics – war – lately to mentally digest as much information as possible to divert my focus from COVID.

While sifting through the usual theatres of war and the participants within them, I discovered that uranium produced in the DRC was used for the Manhattan Project and ultimately the bombings of Hiroshima and Nagasaki in Japan.

Watch: Nostalgia and the resurgence of uranium

Shinkolobwe, a radium and uranium mine, is in the Haut-Katanga Province of the DRC.

At the onset of World War II both Britain and France showed interest in the uranium ore inventory during 1939. Open-cut operations recommenced in 1944 and underground mining in 1945.

Once the United States entered the war, following the attack on Pearl Harbour, it used Shinkolobwe’s uranium, that had been stockpiled in New York as a source for the Manhattan Project.

Interestingly, the director of Union Minière du Haut Katanga at the time, Edgar Sengier, had stockpiled the 1 200 tons of uranium ore in a warehouse on Staten Island.

This ore and an additional 3 000 tons of ore stored aboveground at the mine was purchased by United States Colonel Ken Nichols for use in the project.

“Our best source of uranium, the Shinkolobwe mine, represented a freak occurrence in nature. It contained a tremendously rich lode of uranium pitchblende.

“Nothing like it has ever again been found. The ore already in the United States contained 65% U3O8, while the pitchblende aboveground in the Congo amounted to a 1 000 tons of 65% ore, and the waste piles of ore contained 2 000 tons of 20% U3O8.

“Without Sengier’s foresight in stockpiling ore in the United States and aboveground in Africa, we simply would not have had the amounts of uranium needed to justify building the large separation plants and the plutonium reactors.”

A decade later it was believed that Shinkolobwe still contained almost 50% of the world’s known uranium reserves.

I’d like to note Archie Tassell’s direction on the topic – many thanks!