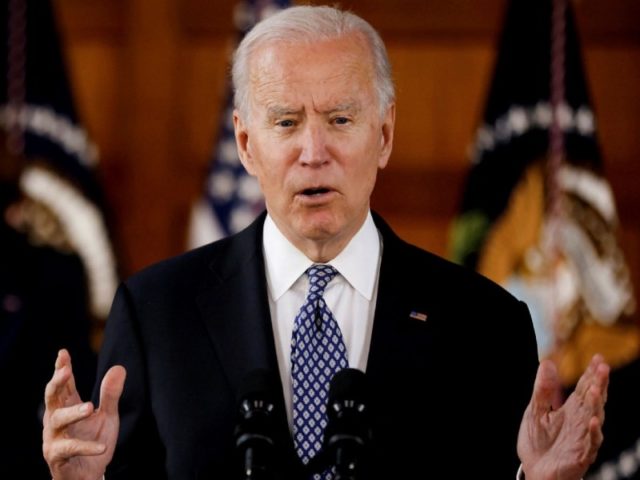 Uranium stands as the coiled spring of the commodities space. At some point, the price of the nuclear fuel is going to take off. That’s the broad expectation out there. Ask around about the commodity to watch in the next 12 months and the answer increasingly comes back as uranium.

Maybe so, but the reality is that at $US32/lb (spot), the uranium price remains well below the $US60/lb price considered necessary to incentivise the investment in new supply required to fill the ever-widening gap between supply and long-term demand.

That’s been the uranium thematic for years. But thanks to Joe Biden, uranium’s coiled spring status is now drawing in more devotees by the day. And that’s because tucked away in his $US6 trillion budget request, there was a strong confirmation that nuclear power is key to his 2050 zero emissions target.

As it is, nuclear power accounts for 20% of America’s electricity supply, or more than 50% of its zero-emissions energy.

Biden’s Department of Energy said that made nuclear power “a key part of our clean energy future”. To that end, there was a record $US1.85bn in Biden’s budget request “to support existing and advanced nuclear technologies”.

Having said all that, the market in uranium continues to wait on the writing of higher priced long-term supply contracts by the power utilities. Once that happens, it will be game on in the ASX uranium stocks, most of which have plateaued in recent months after running up on Biden’s earlier endorsement of nuclear power in his 2050 zero emissions target.

RELATED:
Is now the time to invest in uranium?

Ahead of the coil being released, investors will be looking for ASX uranium players with near-term newsflow that could trigger a re-rating while the wait for the take off in uranium continues. On that score, a diary entry notes that Boss Energy (BOE) has said previously that the enhanced feasibility study into the restart of its Honeymoon uranium project – it is expected to point to increased production rates at reduced costs – is due to be released in the June quarter.

While uranium is top of the list as the go-to commodity for investors in the junior sector, copper is running a close second, with a difference. The difference is that while it is near-term production that the punters want from the uranium stocks, sexy exploration results from copper juniors is very much the order of the day.

That came through loud and clear during the week with the leveraged response to a 50m hit of “moderate to intense” copper sulphide mineralisation (assays pending) at the Emmie Bluff project in South Australia’s Olympic Dam province. The share price performance of Coda (COD, operator with a 70% interest) and Torrens Mining (TRN) with 30%, tells the story.

Both were mentioned here on March 26 on the strength of the Emmie Bluff drilling program.

Olympic Dam is an IOCG, so too are OZ Minerals’ (OZL) Prominent Hill and Carrapateena mines in the province. They are all a bit different, including Emmie Bluff. As a large-scale IOCG target, it was long rated as a “technical” success based on drilling by others.

So the 50 m hit in the first deep diamond hole by the Coda/Torrens joint venture is promising stuff as Coda’s new era exploration model has delivered, possibly beyond the technical success level. There will be intense interest in follow-up work, just as there is now in the second-leg of the joint venture’s exploration program – the hunt for Zambian copper belt style copper/cobalt mineralisation encountered at a shallower depth of about 400m in the Tapley Hill formation.

As the operator, Coda has previously worked up an exploration target of 44-77mt at a grade of 0.5-2.3% copper equivalent for the narrow but laterally extensive mineralisation in the Tapley. Confidence in the exploration target has been increased as a result of a recent 17-hole drill program hitting the mineralisation in every hole, with a best result of 7.58m grading 1.51% copper equivalent. Drilling is continuing.

Coda plans to plug the results into a maiden resource estimate for the third quarter this year. So while a potential big IOCG payoff at depth has got the market excited, there’s also lots of upside potential from Zambian-style target to keep an eye on.

It has been a feature of the junior resources sector in recent times that the stepped up exploration effort has been yielding world-class finds like Chalice’s (CHN) Julimar and De Grey’s (DEG) Hemi. There is another one that should be added to the list – the Kasiya natural rutile discovery in landlocked Malawi – often referred to as the warm heart of Africa – by ASX-listed Sovereign Metals (SVM).

Kasiya has not enjoyed the fanfare that Julimar and Hemi have received, more than likely because of its African location. No fanfare perhaps, but Sovereign’s share price has been motoring ahead anyway. Mentioned here in June last year when it was a 19.5c stock, and again in April this year when it was 59c, Sovereign now trades at 70.5c, giving it a $320m market cap.

The justification for the price strength came this week with Sovereign’s release of the maiden resource estimate for the project –  644 million tonnes grading an impressive 1.01% rutile, with a high-grade component of 137mt grading 1.41%.

The scale of the resource estimate ranks the project as the second biggest rutile dominant deposit in the world, and there is confidence the resource will continue to grow over time. The resource estimate is remarkable stuff as Malawi was originally a graphite story for Sovereign, with the rutile potential only become apparent in 2018.

That the resource estimate makes for a contained resource of 6.5 million tonnes of rutile is kind of interesting as rutile has been trading upwards towards $US1600 a tonne in China. Rutile is the highest value of the titanium dioxide minerals, 90% of which goes into the pigment market for paint, plastics and coatings. Another 5% goes in  to welding rods, with the remainder going into titanium metal.

Supply of natural rutile is in structural deficit, meaning the world has been looking the other way and meeting its titanium dioxide needs from the less environmentally friendly options of synthetic rutile and titania slag. So Kasiya should be seen as both a project of scale and disruptive powers.

Still, the story has remained largely ignored in this market, notwithstanding Sovereign’s growing market cap.

Apart from the African location – it’s no big deal when it is remembered the world’s two biggest natural rutile producers, Sierra Rutile in Sierra Leone, and Kwale in Kenya, are owned by Iluka (ILU) and Base (BSE) respectively – the lack of fanfare around the stock has a lot to do with Canada’s Sprott Capital Partners making the running in the stock.

Sprott liked the maiden resource estimate, that’s for sure. “Today’s resource of 644Mt at about 1.0% is over double our estimate, a phenomenal result. With only 49sqkm of 114sqkm drilled to date, simple pro-rating the existing resource suggests upside potential for 1.5Bt,” Sprott said in a research note, one in which it upgraded its share price target on the stock from 95c to $1.20 a share.

“Being in the form of ‘ESG compliant’ low-CO2 rutile, with EV-feedstock graphite credit, it just doesn’t get better than this.’’

“While there is plenty to do next as the shift moves to engineering, including mining methods, mine layout, TMF and settling pond design, met work including variability, and ESG studies, we see no fatal flaws, but quite the opposite with the best metallurgy, grade profile and size of any asset globally,” Sprott said.

The Pilbara-focussed manganese stocks are continuing to heat up in response to the world’s record steelmake and the wave of demand coming from the M in the preferred NMC lithium-ion batteries. Soon-to-be producer Element (25), from a stage 1 development at its Butcherbird project, now has a market cap of $344m.

Today’s interest though is in a junior looking to emulate that sort of success, the recently listed Black Canyon (BCA). The 20c shares in its IPO now trade at 30c. The kicker in the share price has been the encouragement from reconnaissance work at its Carawine area joint venture, where it is earning a 75% interest from Carawine Resources (CWX).

It builds on the recently uncovered historical drilling results that included 18m at 11.2% from surface. Drilling is planned for the coming quarter.

Barry FitzGerald has covered the resources industry for 30 years. The inaugural winner of the Diggers & Dealers Media Award in 2003, Barry is a committee member of the Melbourne Mining Club, a non-profit organisation formed to foster industry debate.