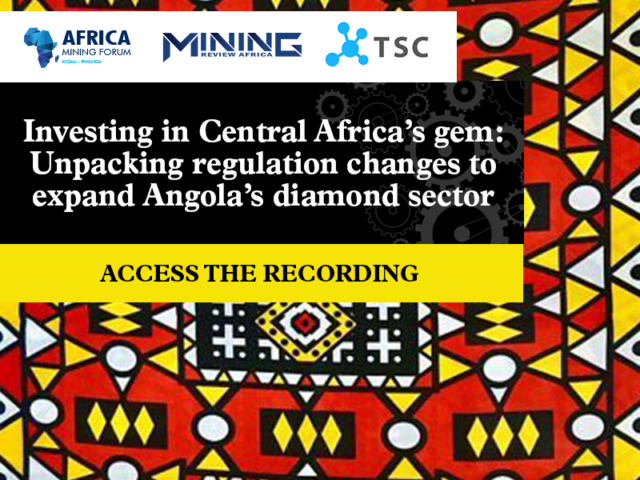 A new year brings with it new opportunities and this is what Africa Mining Forum and Mining Review Africa will deliver in 2021 as we take a new approach to delivering industry-relevant content to you over the course of the year – designed to keep you up to speed with how the industry is tracking and what jurisdictions and commodities you need to keep an eye on.

We start our 2021 journey taking a close look at Angola, currently the world’s fifth-largest producer of diamonds. In spite of this, only 40% of the country’s known diamond resources are being mined and recovered – largely the result of weak investor confidence in the country’s legislation and policy.

But this looks set to change. In the last 12 months, Angola’s government has become proactive with the mining industry, updating its legislation to welcome and attract private investment. It has also launched a nationwide survey of the country’s geology, which is one of the key initiatives in the quest to maximise on its diamond, and other commodity wealth.

This could see Angola become a formidable diamond mining competitor across the globe.

The webinar unpacked the recent changes to Angola’s mining legislation, the wealth of diamond potential in the country, as well as the key considerations for investment in the region.