Avenira on track for phosphate production in H2 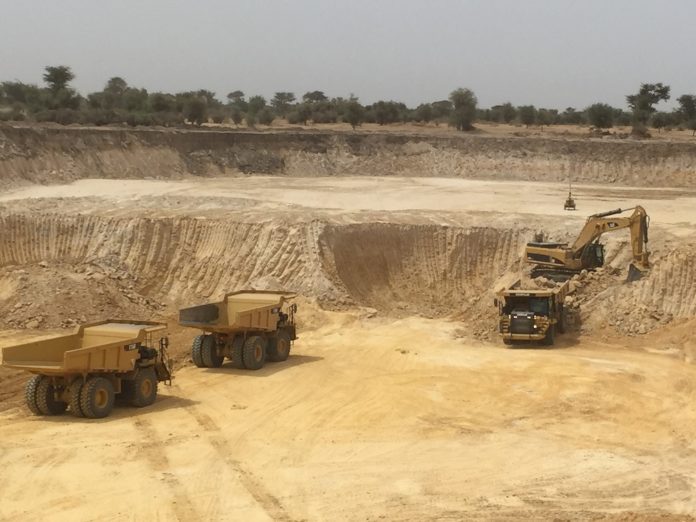 Avenira reported on Tuesday that it remains on track to achieve production by the second half of 2016.

Mine and process plant access roads are complete with the open pit ramp being established, while mining equipment delivery to site is almost complete, with civil works and construction still under way.

Mining contractor Agromines has completed top soil clearing of the first stage of the open  pit and the main mining fleet has commenced overburden removal and is ramping up to be fully operational by the end of March.

Moreover, German company BAUER Resources Senegal has been contracted to drill and install two water bores for the project, principally for processing the phosphate ore. This drilling is well under way with the first of two 500 m-deep water bores drilled and airlifting water. Once complete the drill rig will start the second process water bore.

South Africa-based specialist engineering group Consulmet is progressing with the fixed-price design and construction of the modular wet screening plant. The plant is being fabricated in Johannesburg and will be transported to site for final erection and installation

“It is very pleasing to see the Baobab phosphate project development advancing rapidly. The project team is making solid  progress in all key areas and the project remains on budget and on schedule for first production in the second half of calendar 2016,” says Avenira MD and CEO Cliff Lawrenson.

“The project is fully funded to production, while separately Avenira retains cash reserves allowing the company to proceed with development beyond Stage 1 of the project.”

The company’s strategy is to develop the project is based on an initial Stage 1 operation producing 500 000 tpa of phosphate concentrate and a total cost of $US15 million.

The operation has been designed to enable multiple stages of expansion across the project.