B2Gold is forecasting a bumper year of production in 2018 following the phenomenal start-up of its Fekola mine in Mali.

In 2018, with the planned first full year of production from the Fekola mine, consolidated gold production is forecast to be between 910 000 and 950 000 ounces.

This represents an increase in annual consolidated gold production of approximately 300 000 oz for B2Gold in 2018 versus 2017.

The Fekola mine is projected to be a large, low-cost producer that will also result in a significant reduction in the company’s forecast cash operating costs per ounce and AISC per ounce.

The company’s forecast consolidated cash operating costs per ounce and AISC per ounce are both expected to decrease in 2018 by approximately 15% compared to 2017 and be between $505 and $550/oz and between $780 and $830/oz, respectively.

These increased production levels and low costs are expected to dramatically increase B2Gold’s production, revenues, cash from operations and cash flow for many years, based on current assumptions (including a gold price assumption of $1 300 per ounce).

Outstanding performance in 2017 as well

For B2Gold, 2017 was an outstanding year of performance, with the achievement of another record year of consolidated gold production (for the ninth straight year).

Consolidated gold production for the year also increased by 15% (or 80 142 oz) over 2016. B2Gold’s record performance in 2017 reflected the early start-up and strong ramp-up performance of the new Fekola mine and the continued, very strong operational performances of both the Masbate mine in the Philippines and Otjikoto mine in Namibia. 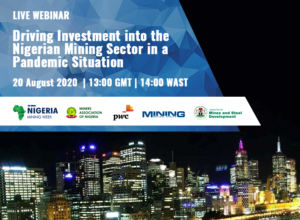