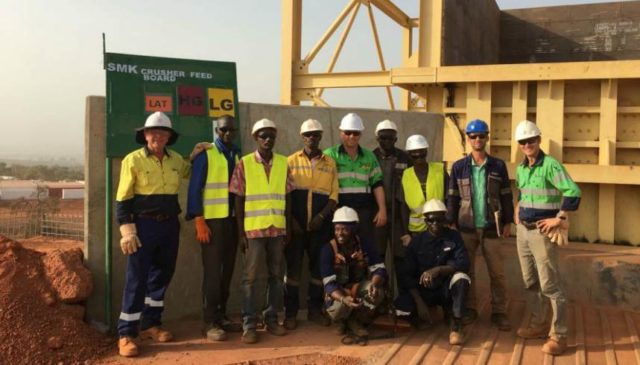 AIM-listed Hummingbird Resources has commenced with ore commissioning at its Yanfolila gold mine in Mali.

Ore has been introduced to the mill and the carbon in leach (CIL) process plant from the run-of-mine (ROM) pad stockpile, preparing the operation to produce its first gold production before the end of December as scheduled.

Commercial ramp up during Q1, 2018 remains on target which will facilitate the delivery of c.130 000 oz of gold during the first full year of production.

“Ore commissioning represents the final step ahead of first gold production at Yanfolila. Everybody on site is totally focused on a smooth ramp up of the plant as we look to move into the production phase,” says Dan Betts, CEO of Hummingbird.

“This is a key transitional moment for Hummingbird, transforming the company from a developer to a producer. Our first year’s production is expected to be around 130 000 oz of gold, which is projected to generate around US$70 million of free cash flow at a US$1 250 gold price. I look forward to reporting news of our first gold pour in the very near future.”