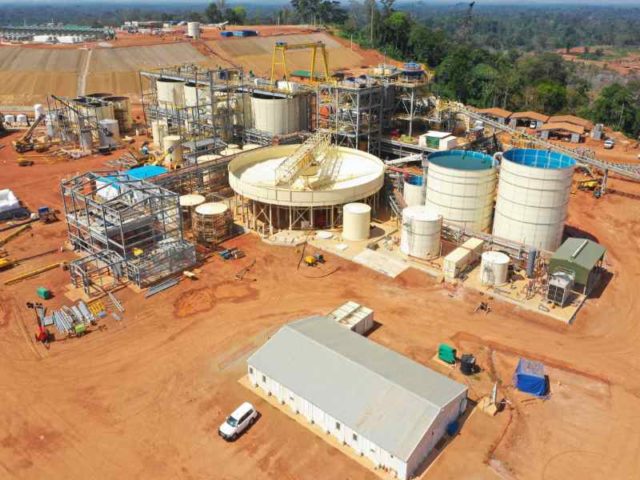 Endeavour Mining has announced a 1 Moz Indicated maiden resource for the previously announced Kari West and Kari Center discoveries at its Houndé mine in Burkina Faso.

The Kari anomaly is located 7 km from the Houndé processing plant, extending over a large area measuring 6 km long and 3 km wide. Approximately 25% of the target is still to be drilled.

“We are delighted to announce this substantial maiden resource for the Kari West and Kari Centre discoveries, and we look forward to publishing maiden reserves in the first quarter of next year, allowing us to further extend the mine life of Houndé.

The resources at Kari West and Kari Centre were both discovered at an industry-leading low cost of $15/oz, underscoring why investment in exploration continues to be a key strategic priority for Endeavour Mining as we build a sustainable business and deliver long-term value for our shareholders.”

“We are very pleased with the maiden resource delineated at Kari West and Kari Center, which has exceeded our expectations. As part of our strategic exploration plan, we were initially targeting a minimum of 500,000 ounces at over 2.5 g/t Au, which ultimately became 590 Koz at 2.55 g/t Au based on a 1.5 g/t Au cut-off for Kari West.

“In less than two years, we have drilled over 350,000 m and successfully delineated 2 Moz in the Kari area. It remains highly prospective and we are excited to continue drilling at a number of remaining exploration targets, with another significant 145,000 m drill campaign due to begin shortly,” adds Bouisset.

The ore bodies have favourable mining characteristics since they are amenable to open pit mining with mineralization starting at surface. They are expected to have low strip ratios, with the Indicated resource pit shell strip ratio amounting to 6.2:1 and 5.5:1 for Kari West and Kari Centre respectively.

Another 145,000 m drill program is expected to start before year end, focused on extending the mineralization of the Kari discoveries and testing other nearby targets located within 10 km of the processing facility.