Endeavour Mining Corp., the African gold miner, has announced a maiden mineral resource estimate for its recent Bakatouo and Colline Sud discoveries at its Ity gold mine.

The Bakatouo and Colline Sud deposits, both located within 2.5 km from the current processing plant, are characterised by their high-grade and close-to-surface mineralisation and remain open in various directions.

Moreover, a large portion of the resource is amenable to the heap leach process with oxide and fresh mineralisation content making up 42% of the total indicated resource ounces.

This suggests the potential to both extend the existing heap leach operation and improve the economics of the future Carbon-in-Leach (CIL) project.

[quote]The Bakatouo and Colline Sud resources have been estimated based on the drill results published on 13September and 14 October 2016, respectively.

“We are very pleased with these results and resource estimates as they demonstrate the significant upside potential that exists in and around Ity. They reinforce our belief that Ity can become another flagship asset,” says Sébastien de Montessus, President & CEO of Endeavour Mining.

Endeavour Mining also announced positive results for its independent feasibility study (FS) for the CIL project at its 55%-owned Ity mine.

The Ity CIL project is expected to deliver average production of 114 000 ozpa over a 14-year mine life at an AISC of $603/oz, based on current reserves.

The project will be comprised of multiple open pit mines and existing decommissioned heap leach stockpiles, and will include the construction of a new 3 Mtpa gravity circuit/ CIL plant. The initial capital cost is estimated at $307 million with a 20-month construction period. 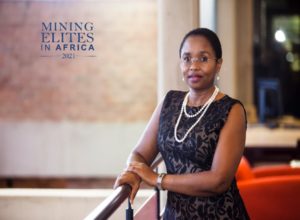