The company’s ground position is located on the convergence of two of West Africa’s most prolific gold belts – the Tongon Gold Belt and the Syama Gold Belt, which extend into northern Côte d’Ivoire from Burkina Faso and Mali respectively.

Significant nearby gold deposits associated with the same geology and structures include:

Exore has the right to earn-in to an 80% interest in the granted permit through expenditure of US$1 million over three years, with a minimum expenditure of $0.2 million in the first year (after which Exore may withdraw at any time). Exore has the right to acquire an additional 10% interest on completion of a definitive feasibility study to take its joint venture interest to 90%.

“From the outset, it has been a strategy of Exore’s to amass a dominant land position in northern Cote d’Ivoire where we see the potential for major gold discoveries. This additional granted permit is highly complementary to our existing granted permits being in close proximity to the company’s Veronique and Antoinette gold discoveries,” says Exore Resources MD Justin Tremain.

Regional, wide spaced sampling of soil and surface lag material was initially undertaken by Randgold during 1998-1999. The area subsequently became part of Perseus Mining’s Tengrela project which undertook limited RAB, AC, RC and DD drilling during 2010-2012 before the exploration permit came to its end in 2015.

The Logbog anomaly is north-south striking and extends for approximately 4 km. The anomaly is hosted within Birimian meta-sediments and mafic volcanics, proximal to the contact with a granite. Shallow RAB and RC drilling by Perseus was limited and tested less than 1 km of the anomaly.

All currently defined exploration prospects with the permit area are within 10km of the high quality Boundiali-Tengrela bitumen highway.

Under the earn-in and JV agreement entered into with Smart Mineral Exploration, Exore is to make four annual cash payments of minor immaterial amounts and may progressively earn an 80% joint venture interest by: 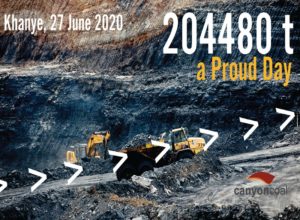