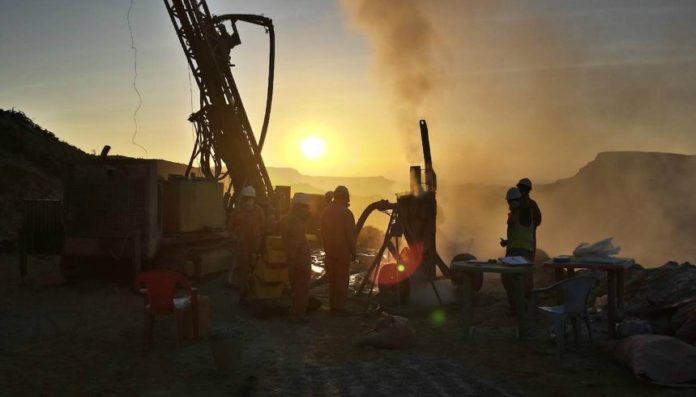 The Zolowo licence hosts a 33 km long Archaean greenstone belt which the company believes is the likely gold source.

Based on the finding, a follow up systematic stream sediment programme will now be undertaken on site.

Zolowo was selected after comprehensive in-house analysis of available datasets including geological maps, historic mineral occurrences and satellite imagery. An initial reconnaissance exploration programme has now been completed at Zolowo. The objective of the programme was to verify a number of potential artisanal mining sites, as interpreted from the remote sensing programme.

The prospecting work has confirmed the presence of numerous artisanal alluvial gold mining sites. Over 50 separate workings have now been visited by Altus to date, clustered within the central part of the licence. Of these, 35 were found to be active and the largest extended for approximately 250 m.

At each working up to 25 artisanal miners were found to be selectively mining gold bearing gravels, often at the boundary between saprolite and bedrock. It was reported that gold has been mined in this way from the Zolowo area since the 1930’s. As part of the reconnaissance programme a number of hard rock samples have been collected for assaying.

The Archaean greenstones of western Liberia are still relatively unexplored. This is despite their geological setting being analogous to many famous gold mines and camps such as at Kerr-Addison in Ontario, the Golden Mile in Kalgoorlie and Homestake in the United States.

Zolowo licence at a glance

The 466km2 Zolowo exploration licence is located in Lofa County, north-western Liberia and approximately 190km northeast of the capital, Monrovia. The original licence application submitted by the company was for an area of 732km2.

Hosting the regional town of Zorzor, the licence contains a main road which links the towns of Gbarnga (60 km to the south) and Voinjama (70 km to the north), the latter of which has a domestic airport.

Zolowo contains numerous alluvial gold mining camps and an Archaean greenstone belt that forms a prominent ridge for approximately 33 km across the licence.

Exploration at the 322km2 Tigray-Afar licence located in the Tigray province of northern Ethiopia.