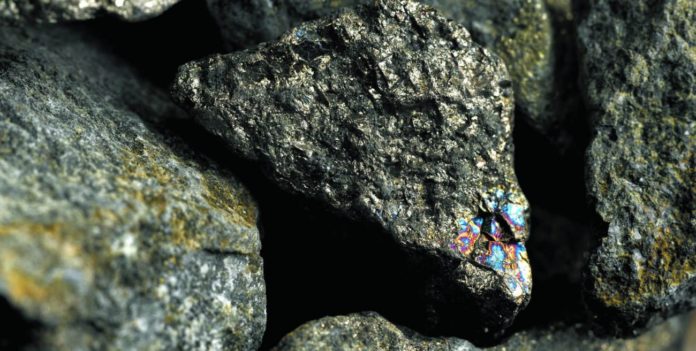 The discovery has been made by a private Australian company.

Morgan heads a private company that has made the potentially world class, and highly unusual, rare nickel discovery in the heart of Nigeria.

The Titan nickel project – located to the north-east of Abuja, the capital of Nigeria – has the potential to be developed into a world class deposit of a new style of lucrative nickel.

“What makes this nickel so unique is its genesis – it is a different genesis than we believe has ever been documented previously,” Morgan says.

“There is no other deposit like it in the world – it is that significant in style,” he says.

“We don’t know the extent of what we are working with yet. The geological setting is very encouraging. The initial assays immediately raised suspicion that what we had was very special,” says Morgan.

What makes the deposit so rare/unusual is that the nickel metal is formed in small balls (0.1-5.0 mm in diameter) as opposed to more traditional nickel found in soil and needing to be filtered/refined to extract the material.

Morgan said the balls are hard and weakly ferromagnetic, and range in colour from bright silver and golden, to dark metallic grey.

Further work to understand the genesis of the balls is on-going.

Morgan said exploration of the deposit commenced in 2015 after being initially identified some years previously.

He said while the deposit had not yet been tested at depth, the wide distribution of abundant nickel metal balls and other factors indicates a large highly endowed primary mineralised system.

The company is working closely with the Nigerian government to ensure the project reaches its full potential for all its related stakeholders.

“To our knowledge, this style of high-grade native nickel metal deposit has not been previously documented,” Morgan says.

“This could be very significant – in other places, such discoveries have changed countries,” Morgan adds.

“We are being as transparent as we can with the Nigerian government. We met with the Minister and he understands the potential perfectly…..we were very impressed with him.”

“The community is also number one for us – making sure they are fully engaged.

“We have employed local people to do all our exploration work – we are not using machinery – so it provides employment opportunities for a number of locals.

“The project will be a big learning curve for everyone.”