Mali – West African gold company Hummingbird Resources has completed the plant earthworks at its flagship 1.8 Moz Yanfolila gold project in Mali ahead of commencing full-scale construction with its first gold pour targeted in 2016.

Hummingbird has also extended the US$10 million bridge facility by a further US$5 million with Taurus Funds Management for the on-going development work at Yanfolila.

“We have recently completed the plant earthworks which consisted of the excavation, landscaping and compaction of over 80,000 cubic meters of earth and we continue to believe that the development of Yanfolila during the downturn will set Hummingbird apart as a cash generative miner offering investors leveraged exposure into the gold space,” says Hummingbird Resources CEO Dan Betts.

Betts continues: “The extension of the bridge facility allows Hummingbird to maintain its schedule as we conclude all the necessary technical, financial and legal due diligence prior to first draw on the main facility. This extension demonstrates both Taurus’ continued commitment to the development of the Yanfolila gold project, and their belief in the robust nature of the project at a time when the gold market appears to be suffering in confidence.”

The objective of this work, was to complete the preparation of level compacted areas at the Yanfolila plant site for use by the civil contractor to place structural concrete equipment foundations and slabs and to allow the overall construction schedule to be maintained.

The proceeds of this will be used to continue moving the project towards production and include; initial in pit dewatering, further land acquisition across the mine site and finalisation of due diligence in preparation of full draw down.

Hummingbird is currently finalising the documentation with Taurus for the re-financing of the bridge loan and initial draw down of the $75m facility in order to commence full construction now that plant earthworks are completed.

Co-operation agreement to spur development of gold projects in Mali 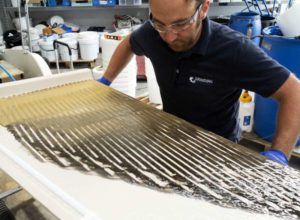