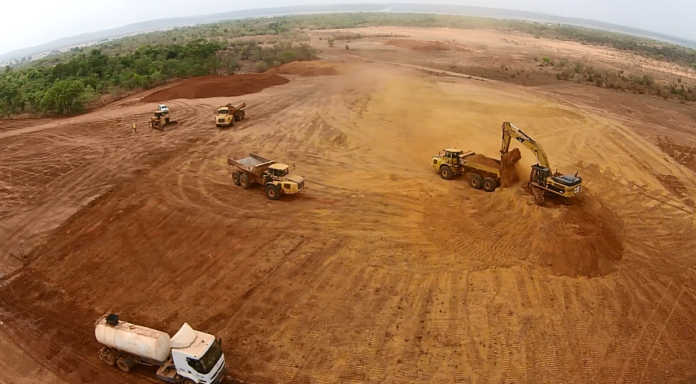 The shareholder approval was granted at Hummingbird Resources’ General Meeting held on Monday for its Yanfolila gold mine.

The company also reports that it has exercised the overallotment option in respect of 16 795 829 shares.

In total Hummingbird Resources has raised £49.5 million (approximately US$71 million) under the placing, subscription and overallotment option through the issue of a total of 225 188 781 shares at 22 pence per share.

The company has agreed to issue 402 966 finders warrants exercisable at 22p until 21 June 2019 in connection with the fundraising.  Admission of the new shares to trading on AIM is expected to occur on 21 June 2016.

[quote]The proceeds of the fundraising will be applied towards the detailed engineering and construction of Yanfolila where production is targeted in 2017, and for general corporate purposes.

“This is a significant day for Hummingbird.  We are delighted with the support from both our existing and new shareholders in this fundraising. Together with the demand for the overallotment option we have raised a total of US$71 million,” says Dan Betts, MD of Hummingbird Resources.

“We can now build Yanfolila into one of the highest margin gold projects in Africa with first gold pour targeted for 2017 generating over US$70 million of free cash-flow in the first full year of steady rate production.  We look forward to the construction phase of Yanfolila and the announcement of further key milestones over the coming months.”

Following the general meeting, the board has resolved that all existing share based incentive schemes (including the long term incentive plan) as disclosed in the annual report for the year ended 31 December 2015 are rebased to 22p so as to align management with shareholders as the company moves forward into construction.

Additionally, Hummingbird Resources is working with advisors to design and implement an appropriate incentive scheme to ensure the core team for delivering the Yanfolila project can be recruited, retained and motivated to deliver the project as efficiently as possible for the benefit of shareholders.

RFC Ambrian analyst Jim Taylor says the US$71 million equity fund raise represents a huge milestone for the company and is the largest AIM-based gold funding to be completed for four years, a testament to the quality of the project.

We expect that completion of the equity component of project financing should put the project on track for first production before the end of next year, with construction expected to take around 12 months to complete.

Operationally we see value upsides as including the establishment of JORC-compliant resources/reserves for near-mine satellites, specifically the high-grade Gonka deposit, and their inclusion in the mining inventory.

We continue to rate the shares as a Buy with a target price (TP) of 38p. The TP is based on a risked sum-of-the-parts valuation. We derived an unrisked NPV8 for the company’s 85% share of the Yanfolila Project of $141 million, to which we have applied a risk multiple of 0.85x to derive a risked value of $120 million.

The valuation also includes risked values of $10 million and $12 million for the Gonka satellite deposit and the Dugbe project respectively, taking the value of the company’s project interests to $142 million. After adjusting for corporate G&A (-US$25m) and for estimated net cash we derive an NAV of $173 million, equivalent to £0.38/share.