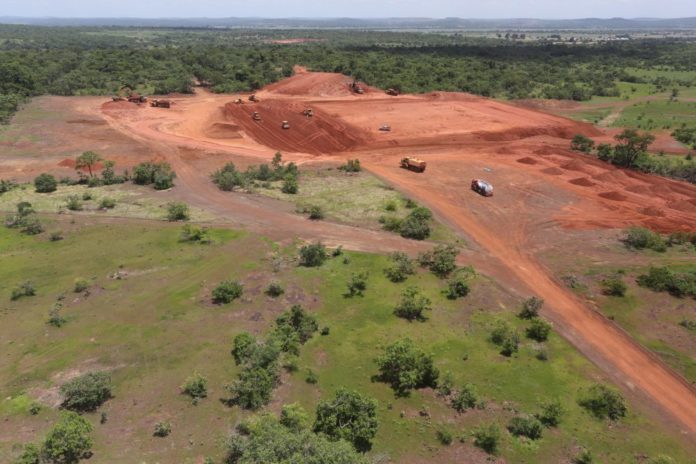 The funds will be used to complete detailed engineering, order long lead items and to commence construction of the Yanfolila gold mine.

In order to progress the Yanfolila project and bring it into production, the company is proposing to raise between approximately $67 million and $77 million (before commissions and expenses) through the issue of up to 239.65 million new ordinary shares with certain institutional and other investors.

The remainder of the $12.4 million required of the $79.4 million total project capex required for construction and to repay the outstanding bridge facility with Taurus Mining Finance Fund is expected to be obtained from an appropriate debt facility.

In addition, certain potential contractors have expressed an interest in providing vendor financing to the Yanfolila project.  The company is in discussions with potential debt providers and contractors as it seeks to optimise the overall funding arrangements.

Hummingbird Resources MD Dan Betts says the company is now in a position to commence full-scale construction in order to bring Yanfolila, one of the highest margin undeveloped gold projects in Africa, to production.

“Yanfolila will produce over $70 million of free cash flow in its first full year of steady state production,” says Betts.

First production of 132 000 oz gold (year 1) is targeted for 2017.  On its initial 8 year mine life, Yanfolila has an internal rate of return of 60% and an net present value of $162 million at a $1 250 gold price, making it one of the highest margin undeveloped gold projects in Africa. All in sustaining costs of $695/oz places it in the lowest quartile of African producers.

Hummingbird also has a further 4.2 Moz grading at 2.4g/t under its belt from its Dugbe project, the largest gold deposit in Liberia, which is already at DFS stage, and is anticipated to produce 125 000 ozpa of gold over  a 20 year Life of Mine.