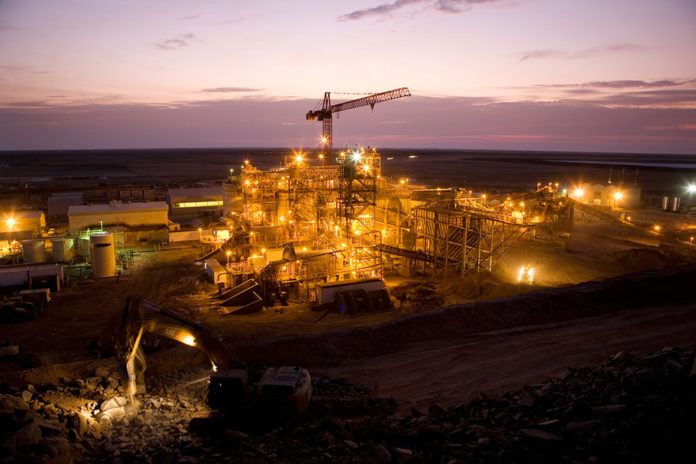 The maturity dates of the company’s $500 million term loan and $1 500 million revolving credit facility were extended by one year to 10 August 2020 and 10 August 2021, respectively.

Kinross Gold notes that with no debt maturing in the next four years, a strong balance sheet and excellent liquidity, it expects to have the financial flexibility to fund organic growth opportunities within its global portfolio, including the Tasiast Phase One expansion and potential Bald Mountain expansion.

In August, Kinross Gold reported that it had resumed normal mining and processing operations at its Mauritania-based Tasiast mine in mid-August, following two unplanned work stoppages.

As a result of the suspensions, production at Tasiast was lower quarter-over-quarter and year-over-year. This has resultantly delayed the Phase One expansion’s expected timing for commercial production to the second quarter of 2018.

The Tasiast Phase One expansion project is expected to increase mill throughput capacity from the current 8 000 tpd to 12 000 tpd, while significantly reducing Tasiast’s operating costs and increasing production.

The additional processing capacity is expected to be achieved with the addition of a gyratory crusher, an oversized semi-autogenous grinding mill and three leach tanks, as well as improvements to other components of the processing circuit.

The new mill is forecast to produce an average of approximately 409 000 ozpa of gold during the first 10 years (2018 – 2027, when mining will occur), with a forecast cumulative production of 5 Moz of gold to 2033. Milling of residual stockpiled ore will extend the estimated mine life to 2033.