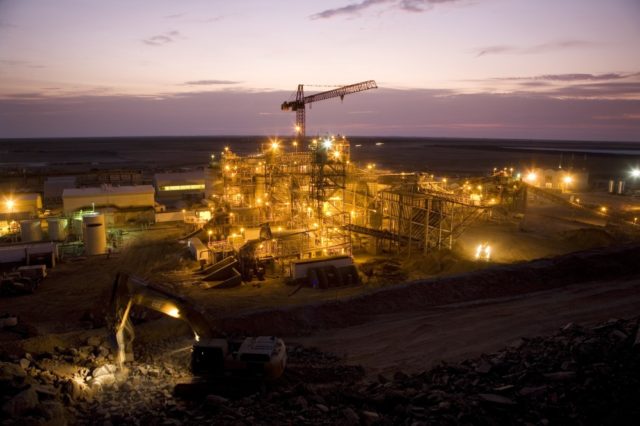 Dual-listed Canadian miner Kinross Gold Corporation has said that it will proceed with the Phase One expansion of its Tasiast gold mine in Mauritania.

Phase One is expected to increase mill throughput capacity from the current 8 000 tpd to 12 000 tpd, while significantly reducing Tasiast’s operating costs and increasing production.

The additional processing capacity is expected to be achieved with the addition of a gyratory crusher, an oversized semi-autogenous grinding mill and three leach tanks, as well as improvements to other components of the processing circuit. The new mill is forecast to produce an average of approximately 409 000 ozpa of gold during the first 10 years (2018-2027, when mining will occur), with a forecast cumulative production of 5 Moz of gold to 2033. Milling of residual stockpiled ore will extend the estimated mine life to 2033.

Preparations for Phase One construction will begin immediately, with expected forecast capital expenditures of $300 million, plus estimated capital stripping of $428 million (2016-2019).

The company has also completed a prefeasibility study on a combined potential Phase One and Phase Two expansion based on installing additional mill throughput of 18 000 tpd for a total combined capacity of 30 000 tpd.

An additional 60 MW of capacity would also be added to the existing power plant to power the 30 000 tpd mill, which is forecast to have an average production of approximately 777 000 ozpa of gold from 2020-2026, with a forecast cumulative gold production of 6.4 Moz to 2030.

Production cost of sales is estimated to average $535/oz for the life of project, with forecast all-in sustaining cost of $720/oz. Mill grades are expected to average 1.9 g/t.

The combined estimated total capital expenditures for Phase One and Phase Two is expected to be approximately $920 million and is significantly lower compared with the 2014 feasibility study estimate of $1.6 billion for the new-build 38 000 tpd plant.

This forecast reduction was achieved through a combination of factors, namely, scale effect of approximately 20% lower throughput capacity; more efficient leveraging of the existing mill and infrastructure; a leaner approach to engineering and construction management facilitated by the two-phased approach; and generally more favourable market conditions for procurement of equipment packages and construction contracts.

The potential go-ahead decision is targeted for the end of 2017 and construction expected to commence in early 2018. Based on this timeline, Phase Two could potentially reach full production in early 2020.

The Phase One expansion is forecast to reduce Tasiast’s production cost of sales per ounce by an estimated 48% while increasing annual production by an estimated 87% compared with 2015, he says, adding that Phase Two underscores Kinross’ focus on financial discipline, with significantly lower capital expenditure forecasted.

Rollinson says the two-phased approach strikes the right balance between growth and preserving balance sheet strength and is well-suited to the current gold price environment. Phase One achieves Kinross’ near term goals with a manageable investment while allowing the company to reassess market conditions and further optimize the project before deciding to proceed with Phase Two. “In short, this is the right project for Kinross at the right time.” 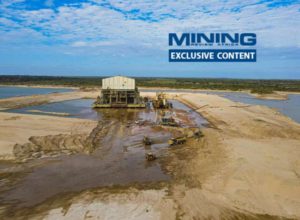