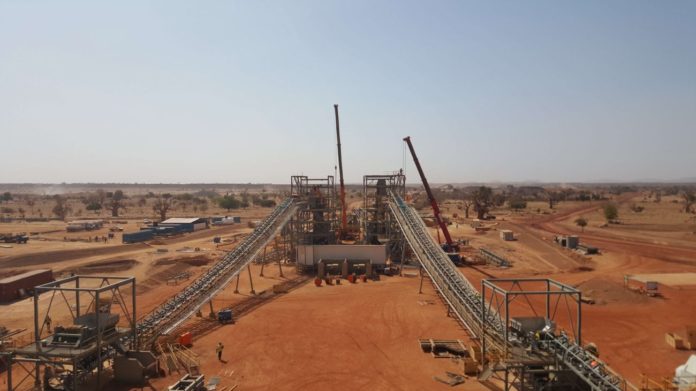 Nordgold, the LSE-listed low-cost gold producer, notes that the average annual production on its Bouly operation will be approximately 120 000 oz over a life of mine (LOM) of 10 years at all-in sustaining cost (AISC) of US$730/oz, according to the feasibility study.

Construction at Bouley started in July 2015  and was completed on schedule in 13 months and under budget for a total investment of US$140 million (US$15 million less than initial capex guidance).

In line with Nordgold’s development strategy, the project had been de-risked prior to final board approval.

Bouly is the company’s third operating asset in Burkina Faso and the second project Nordgold has developed from a green field development stage in the country in the last six years, again highlighting Nordgold’s proven ability to plan, develop, and construct large mining projects on time and on budget.

Nordgold already operates the world-class Bissa mine, which was built by the company in 2013, and the Taparko mine acquired in late 2008.

“Like Bissa, Bouly is a best-in-class operation, which will not only increase overall production and efficiency at Nordgold, but will be another major economic contributor to our host country and its local community,” says Nordgold CEO Nikolai Zelenski.

The launch of Bouly confirms Nordgold’s position as the second largest gold producer in the country, with total production of approximately 400 000 ozpa.

Moreover, approximately 1 000 jobs were created during the construction phase and 350 permanent jobs will be created for its 10-year life span.

Direct benefits to the state will come mainly in terms of income tax and royalties, which are estimated to be $120 million over the life of the mine, excluding state revenue derived from fuel tax.