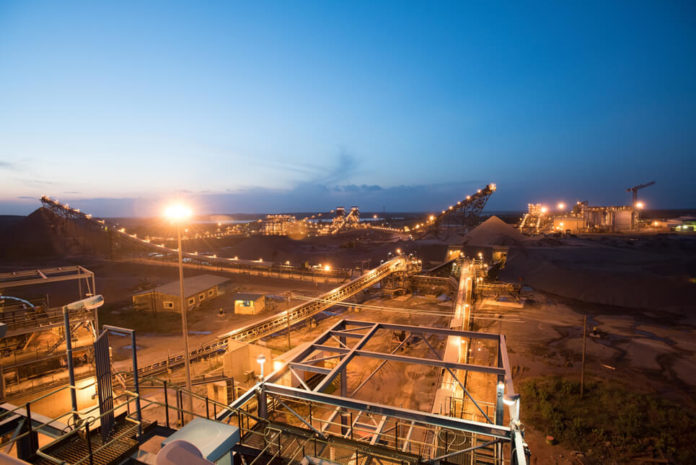 Randgold Resources recently completed the final phase of its extensive crusher expansion and mill circuit upgrade project at its Tongon mine in Côte d’Ivoire which will help the mine improve its performance in the second half of the year.

As a result of extended down time on one mill as a result of poor repairs to the journal and slipper pads following on from last quarter, a loss of 46 lost days impacted heavily on Tongon’s production.

Now, with these issues resolved, Tongon gold mine is set for an improved performance in the second half of this year says Randgold Resources CEO, Mark Bristow.

“The mine has also had to contend with an erratic power supply from the national grid but a constructive engagement with the power utility is significantly improving this situation,” says Bristow. Bristow thanked the government for the positive way in which it had facilitated this engagement.

“Randgold Resources is committed to continue working with the utility and the energy ministry to permanently secure power supply stability,” Bristow adds.

Tongon is now settling down well but the difficulties it faced over the past two quarters will have a negative effect on its production for the year.

The management team at Randgold Resources has revised the 2016 business plan and is now targeting to exceed 260 000 oz for the year.

“It is worth noting, however, that it remains a profitable operation and, having paid back its capital in 2015, it has just declared a maiden dividend of $22 million,” says Bristow.

Bristow says that during his recent tour of Randgold’s exploration sites in Côte d’Ivoire he had been struck by the buoyant mood of the people and the many signs of economic development which were widely evident.

“This is an exciting time for the country and also for our company.  We continue to invest in exploration here and our teams have identified some very attractive new opportunities, notably the high-potential Boundiali and Mankono permits,” says Bristow.

Bristow says the company is also getting good results from its near-mine exploration.

“Our geologists have defined the potential for additional resources below the Tongon pit as well as at some near-mine satellites such as Seydou and Sekala, which could extend Tongon’s life,” he says.

Bristow noted that Tongon has already contributed $822.6 million to the Ivorian economy in the form of royalties, taxes, salaries and payments to local suppliers.

This includes continuing investment in the development of community health and education programmes and agricultural projects designed to provide post-mining employment, Randgold’s board confirmed.

“Randgold Resources is committed to playing its part in ensuring that the president’s vision of building a continent-leading economy by 2020 becomes a reality,” Bristow concluded.