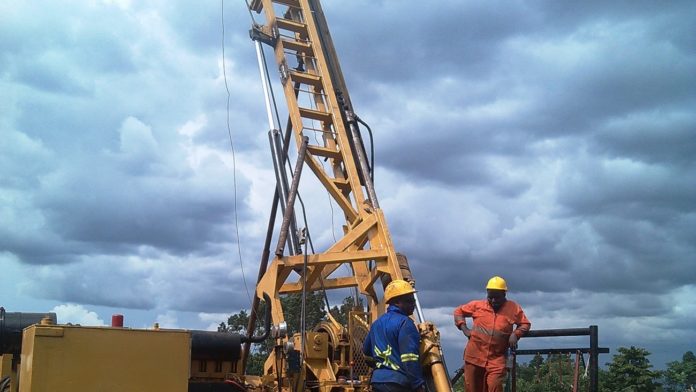 Savary, the operator of the Karankasso JV in southwestern Burkina Faso, notes that the exploration programme, which costs approximately US$2.6 million, consists of up to 21 000 m of drilling (8 000 m costing about $600 000, contingent on results); 12 000 m of auger drilling; approximately 275 line km of gradient IP geophysical surveys; and collection of up to 3 000 soil samples.

“The goal of this work programme is to materially increase our current in-pit inferred mineral resource estimate and provide good visibility for additional mineral resources with extensions to known zones and the discovery of new zones,” says Savary Gold Corp president and CEO Don Dudek.

He adds that the company will also try new things like turning the drill 90 degrees, in areas like Serakoro 1 West, where previous work has returned intercepts to 6.42 g/t gold over 15 m and gold-in-soil anomalies to 5 290 ppm gold, “but follow-up drilling has not been able to define a coherent zone,” he notes, adding that recognition of east-northeast-trending high grade zones on an adjacent property, make this type of zone, a reasonable and compelling target.

Management believes that our current resource zones coupled with new exploration opportunities, provide a compelling investment thesis. Our plan is to hit this project hard with an aggressive combined drill, geophysical, geochemical and geological program with a view to updating the mineral resource estimate by the end of the third quarter or early fourth quarter of 2017,” says Dudek.

Phase 1 of the drilling commenced during the week of November 21, as planned and consists of approximately 3 000 m of RC and core drilling, in 22 holes, pre-year end.

This part of the programme will comprise the following goals:

Phase 2 of the programme consists of approximately 10 000 m of RC drilling and is scheduled to commence on or about January 20. This portion of the programme will focus on the following goals: