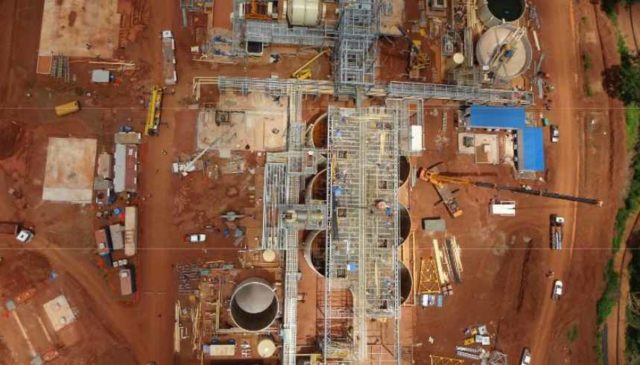 This was approximately two weeks ahead of the planned date in the construction schedule.

The company is now focused on implementing the continued ramp up of operations to achieve steady-state commercial production through the first half of 2018.

“We are delighted to be able to announce this significant milestone for the company both, ahead of schedule and under budget. On behalf of the board of directors, I would like to thank everyone who has contributed to this milestone, including our dedicated team of staff, contractors, stakeholders, our partners in the government of Senegal, and our financiers,” says Martin Horgan, Toro Gold CEO.

“It is a testament to the professionalism and dedication of the team that the same group who founded the company in 2009, has overseen the entire development process from a Greenfield discovery at Mako in late 2011 to first gold in six years. We are proud of our track record of consistently meeting or exceeding our development targets over this period against a backdrop of challenging market conditions.”

Toro Gold is now focused on ramping up to steady state and commercial production over the coming months.

Initial production was slated for 8 February 2018 with a total capital construction budget of US$158 million, including contingency and working capital.

The construction team has been able to beat this construction schedule with first gold occurring some two weeks early and at this time forecast cost to complete estimates indicate that the final capital cost will be below the targeted $158 million.

A final capital construction cost reconciliation will be completed later in Q1, 2018.

The Mako project achieved practical completion on 3 January 2018 with project facilities signed off and “punch listed” enabling the commencement of processing operations at that time.

In respect of the mining operators, AMS Senegal S.U.A.R.L. have been active at the mine since mid-2017.

At the time of going to print, the ROM pad contained 265 000 t of material at an average grade of 2.22 g/t, which is sufficient for in excess of 50 days production at design throughput rates.

At this time the IPP power station is fully operational, the fuel farm has been completed and is fully commissioned and the raw water dam is at capacity.

The tailings management facility has started to receive its first material and the cyanide destruct system has been confirmed to be operating at the required level to better international discharge guidelines.