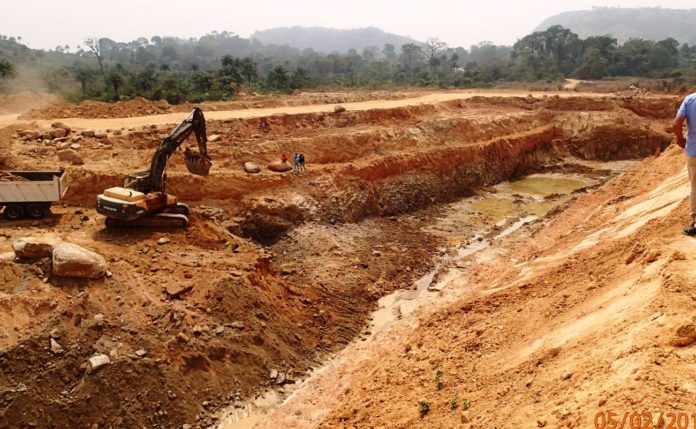 Sierra Leone – The CPR was completed by MPH Consulting on the project confirming it initial inferred recoverable resource of 4 million carats (+1.18 mm) and endorsing the mine plan for the project as well.

Stellar Diamonds is in the process of acquiring the Tonguma project to combine with its adjacent Tongo project.

[quote]In October the company announced the results of the independent preliminary economic assessment (PEA) for the project demonstrating an estimated pre-tax project NPV(10) and IRR of $172 million and 49% respectively.

The CPR by MPH includes the project as well as the portfolio of other diamond projects held by Stellar.

“The publication of the CPR marks another key milestone in the proposed acquisition of the project and follows the independent mine plan and financial model in the PEA,” says Karl Smithson, Stellar Diamonds CEO.

“We continue to make good progress with the necessary legal and other due diligence work required to complete the acquisition.”

By virtue of the proposed acquisition being classified as a reverse takeover under the AIM Rules for companies, trading in Stellar Diamonds’ shares on AIM will remain suspended until either an admission document is published or the company announces that the acquisition will not occur.

The proposed acquisition, if completed, would result in Stellar holding a 75% economic interest in the project following, inter alia, preferential repayment of the initial investment made by Stellar and payment of certain revenue royalty payments.