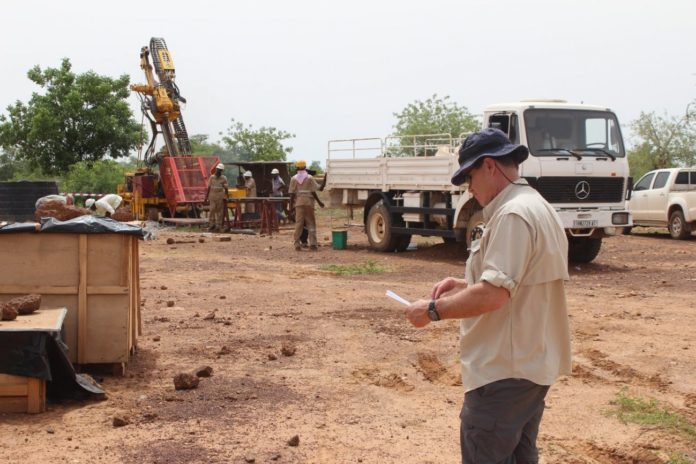 The mineral resource estimates, which were completed by independent resource consultant International Resource Solutions, revealed a 34% increase in indicated mineral resources for the project.

The company reports that the M1 South structure averages 1 600 oz per vertical meters from 30 m to 130 m below surface and remains open along strike and down plunge.

West African Resources will report a further resource update at M1 South in the fourth quarter following a 10 000 m diamond drilling campaign to test mineralisation down to 300 vertical metres.

“We are pleased to deliver a maiden resource for M1 South in such a short period of time. This discovery should significantly impact on the potential economics of the project.

“To date, M1 South has only been drilled to an average vertical depth of 120 m and remains open down plunge and along strike, says West African Resources MD Richard Hyde.

“The company’s focus at has strongly shifted to M1 South since the discovery of high grade gold shoots in March 2016 and is resultantly stepping up the drilling campaign with additional diamond rigs focused on adding to the resource inventory and upgrading inferred resources.

The company explains that this is principally focused on M1 South but also the M5, M1 North and M3 deposits.

The company expects to provide a further resource update for the Tanlouka in the fourth quarter and aims to have a completed feasibility study and granted mining permit for the project by the end of 2016.